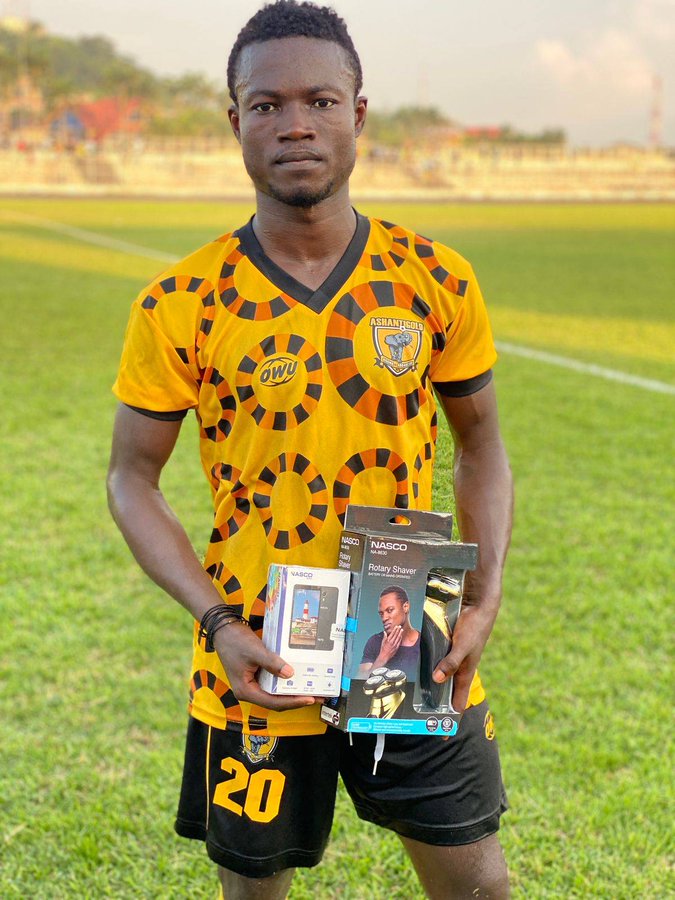 AshantiGold Defender Kwadwo Amoako has been named the Man of the Match award in Miners 2-0 victory against defending champions Hearts of Oak.

AshantiGold defeated Hearts of Oak on Sunday afternoon in the week four of the Ghana Premier league.

Kwadwo who was sensational and contributed a lot in AshantiGold’s victory today was credited with the king of the match following his exploits.