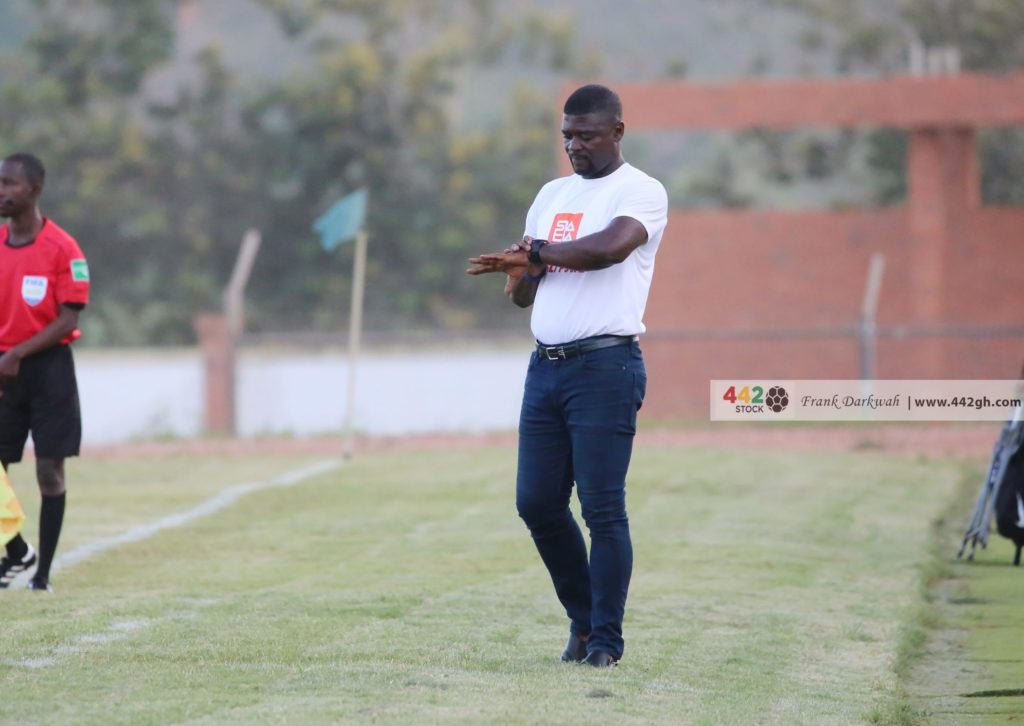 According to the former Hearts of Oak player and coach, the club shouldn’t hesitate to pull the trigger on the former Medeama SC trainer if the team’s fortunes do not change in the coming games.

The capital based club’s latest debacle came at the Len Clay Stadium in Obuasi where they succumbed to a 2-0 defeat in the hands of Thomas Duah led Ashanti Gold SC last Sunday.

Speaking to Akoma FM, Polo, a legend of the club says Boadu should up his performance to change the fortunes of the club.

“Review Samuel Boadu’s work as soon as possible, if he cannot turn around the current run of poor form, he should be sacked,” the former Ghanaian international said.

“If he can’t bounce back just give him the sack,” Polo added.

However, the Phobians will not be in action this weekend as they turn thei attention to continental football.

The Ghanaian champions will host Algerian club JS Soura at the Accra Sports Stadium on Sunday in the first leg of the Confederations Cup playoff.