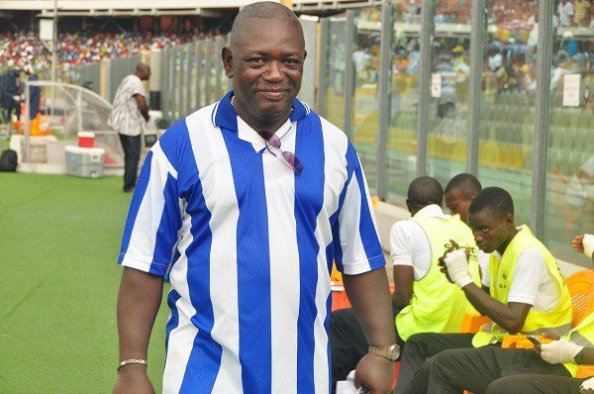 The Chief Executive Officer of Accra Great Olympics and one of the most outspoken veteran football administrators, Oluboi Commodore has slammed the National Lottery Authority for sponsoring Ghana Premier League giants, Asante Kotoko.

He said as a state institution, their sponsorship smacks favouritism and is improper.

Speaking on Rainbow Radio Sports, he slammed the NLA and GOIL for their interests in sponsoring Accra Hearts of Oak and Asante Kotoko.

To him, the various heads of these institutions are fans and die-hard supporters of these teams hence using their offices to sponsor them.

To him, the best thing the two state institutions could have done was to sponsor the league rather than the two clubs.

He continued to add that he thinks the sponsorship was personal interest from the government appointees.

The Director-General of the NLA, Mr. Samuel Awuku and some top management members of the National Lottery Authority together with the management of Kumasi Asante Kotoko recently launched a partnership deal worth one million cedis (GH¢ 1,000,000).

The NLA also used the occasion to unveil their new game called the Atena.

But Mr. Commodore believes the partnership is not proper and must

He wants the entire league to be sponsored as compared to the current state where only a few clubs are supported.