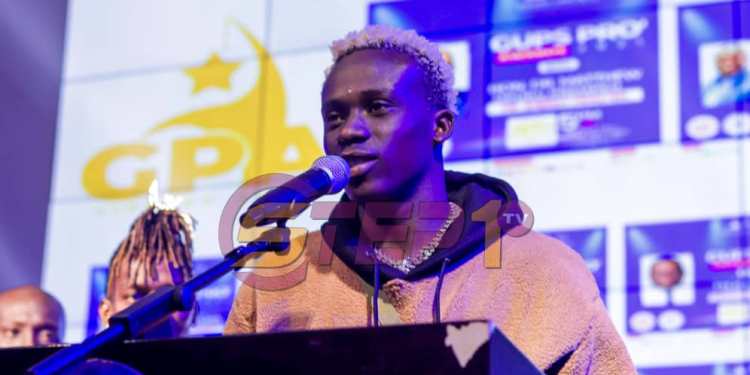 After receiving the award Samuel Takyi thank GUPS for this wonderful award he received and also thanked his family, team members and his fans for the support.

GUPS which began as the society for professional institute, has a rich and impressive pedigree as the largest umbrella body of professional students in the country, drawn from 15 ratified educational institution

In an interview with the president of the Ghana Union of Professional Students (GUPS), Mr. Stephen Kwasi Acquah explained the reason why they awarded three sports personalities.

“He’s an amateur boxer over the last two decades”.

“I can’t remember the last time a Ghanaian athlete won a medal at Olympic Games so when the board sat down to look through the sporting fraternity he’s the one everybody mentioned that’s why we decided to award him as the Youth Sports personality of the year”.