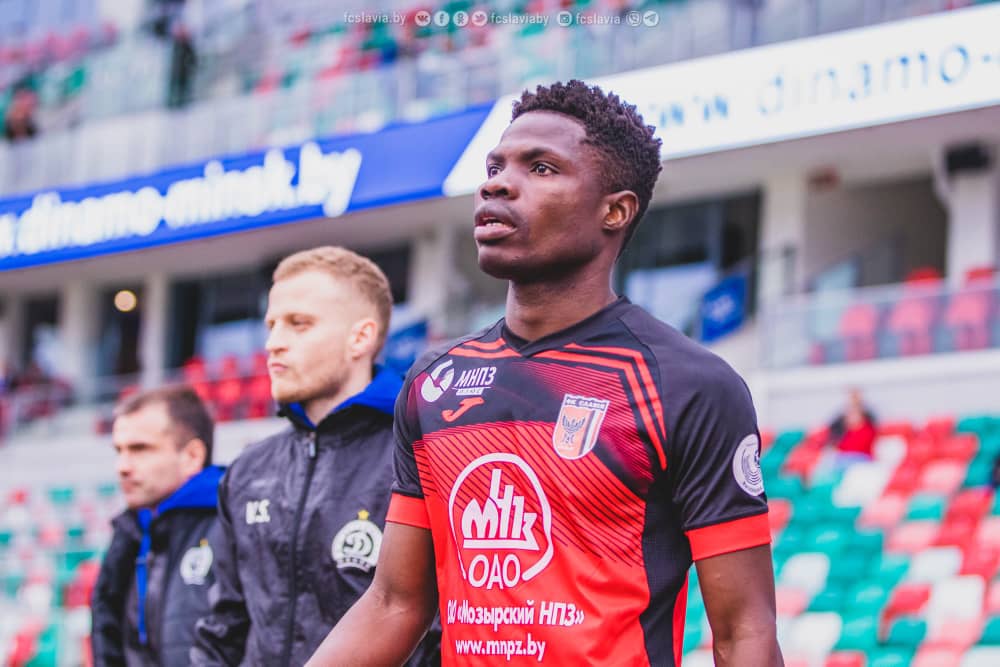 A late additional time goal from the Ghana international handed Slavia Mozyr a slim advantage going into the reverse fixture of the relegation playoff game.

In a keenly contested fixture as both teams fought to achieve their top-flight status, the home side edged Krumkachy in possession in the first half but failed to break the deadlock.

The second half saw more adventurous sides as they sought to draw first blood but tried as much as they can both sides found it difficult to get the first goal as caution was high on alert.

But just when the game appeared to be heading towards a stalemate, up stepped former Black Satellites forward Francis Narh who secured an extremely vital goal in additional time.

Slavia Mozyr finished 14th on the sixteen-team league log with 32 points after 30 games, just enough to secure the playoff position, in the Belarus Vysshaya Liga.