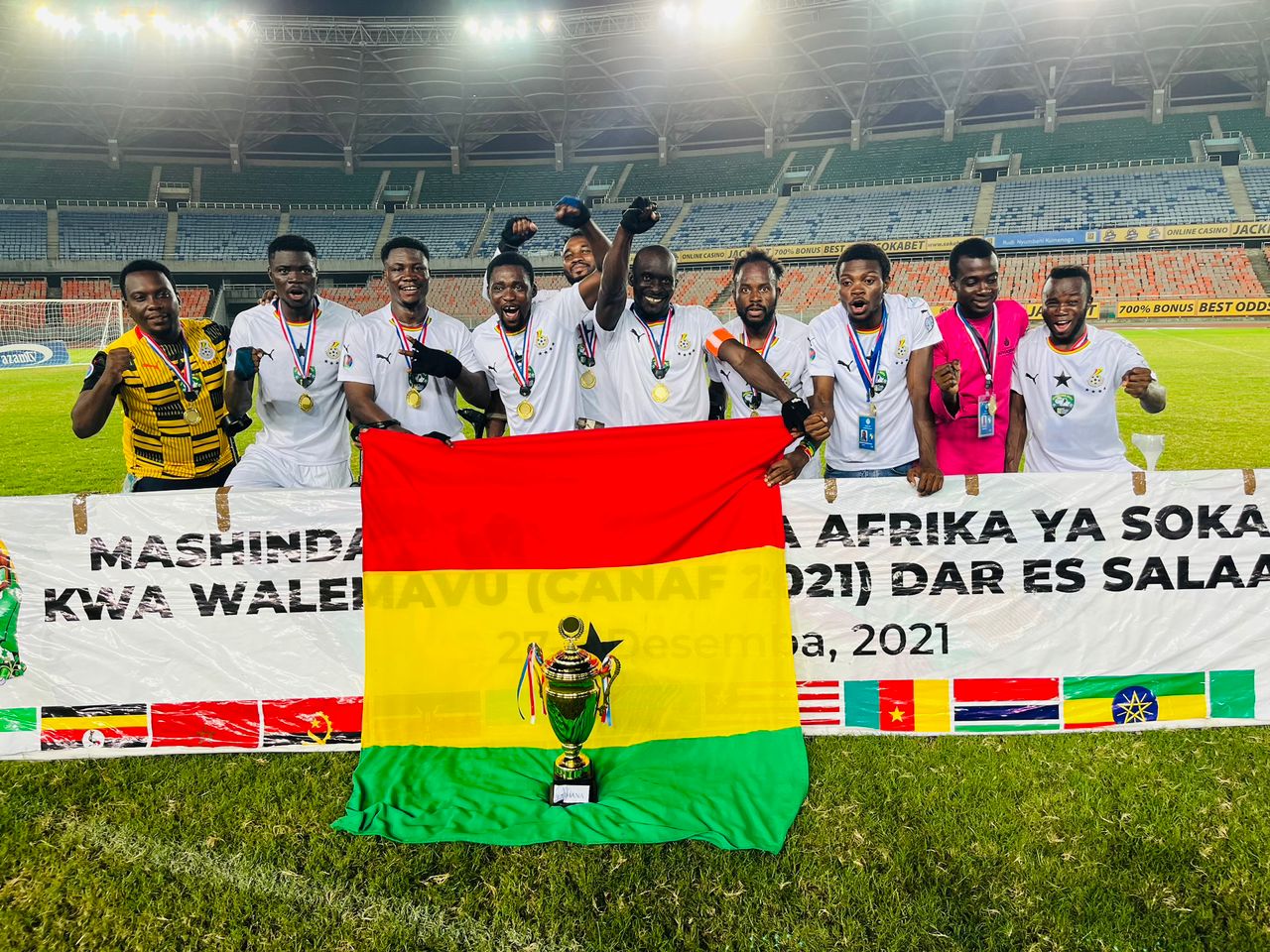 After a goalless first half, the Liberians took the lead in the 15th minute of the second half but Yussif Yahaya equalised after two minutes to send the game into extra time.

Ghana started the extra period on a good note by netting the second goal through a perfectly connected pass by Mubarik Mohammed.

The tactical Liberians, who played with a packed defence with one player on top, quickly opened the game, catching the all-attacking Ghanaians off-guard. A blunder by Ghana’s goalie, Bernard Duodoo resulted in the equaliser by the Liberians that looked like taking the game to penalties.

However, Mubarik once again delved into his reserves to put Ghana ahead, putting the match beyond the reach of the Liberians.

Ghana now become a two-time winner of the prestigious trophy.

A determined Black Challenge, with just a man on the bench during matches, won their group with a 3-0 win over Egypt and a 4-0 demolition of Nigeria.

The mainly professional team with one goalkeeper from Ghana, then progressed to the semifinals by beating Kenya 4-0.

In the semifinals, the Black Challenge humbled defending Africa and world champions, Angola 3-1 to land in the finals.

This victory is considered mysterious, judging from the circumstances leading to the team’s participation in the competition.
The players, mostly based in Turkey, paid their way to Dar es Salaam, Tanzania, and were joined by their local goalkeeper.

They had the least number of players at the tournament, that is eight. This meant they had to play with only one player on the bench.

In the quarterfinal match with Kenya, they played with no player on the bench when their captain served a suspension for accumulated yellow card.