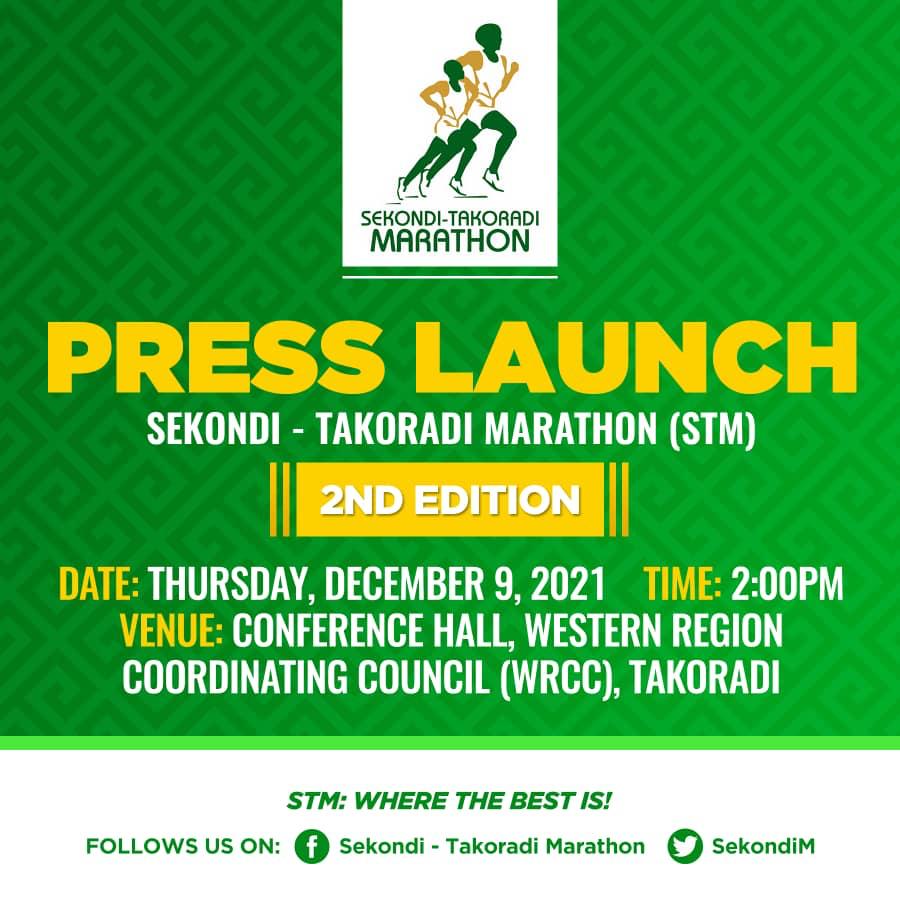 The press launch of the Second Edition of the annual Sekondi-Takoradi Marathon (STM), will be held on Thursday, December 9, 2021.

The STM is under the auspices of the WRCC in partnership with Medivents Consult and Total Marketing and Tours Limited (TMTL).

It is to formally announce to the media the second edition of one of the fastest growing marathons in the country as well as unveil plans for the organization of a successful event.

“Though the 2020 edition was the maiden one, it was one of the most successful events in the country.

“We are determined to deliver another master class this year and set the pace for others to follow.

“Athletes, run lovers and coaches would be given the best planning and organisation,” he noted.

The STM is organized by Medivents Consult – Media, Public Relations and Events Management outfit with support from Total Marketing and Tours Limited (TMTL).