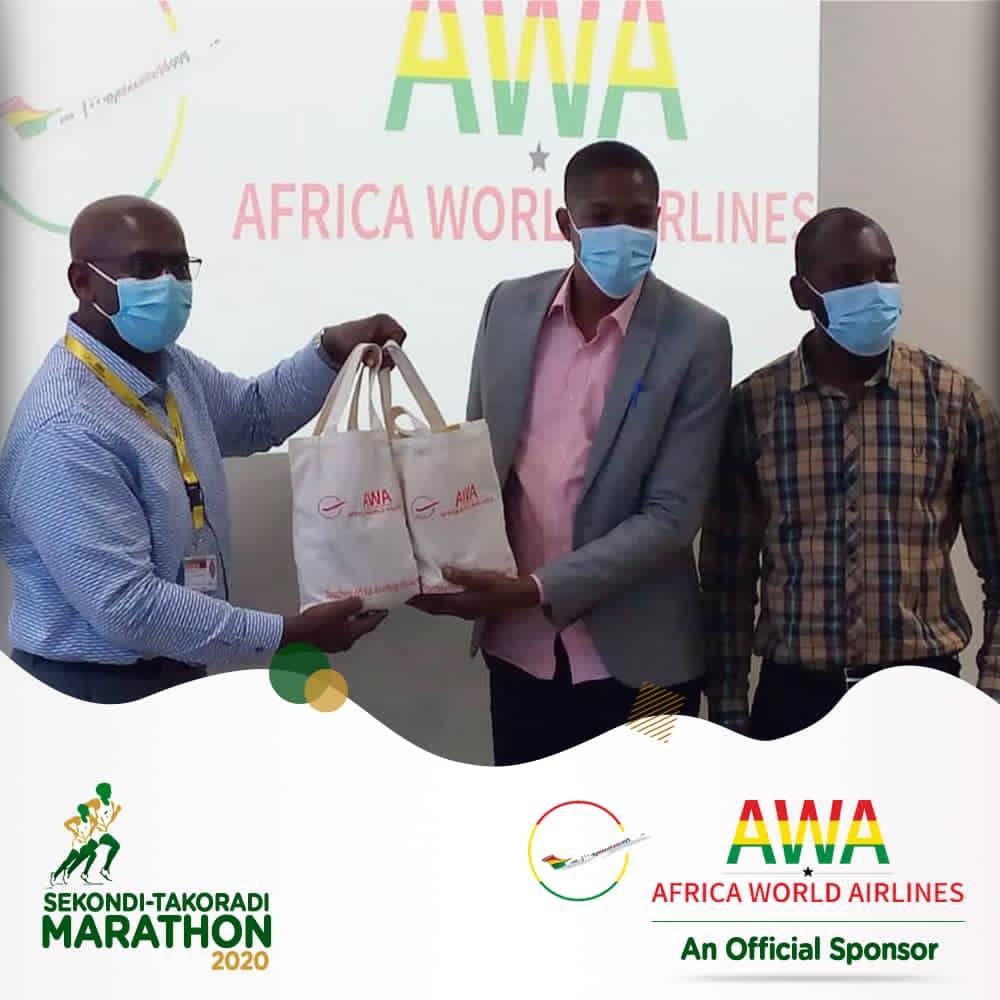 Africa World Airlines (AWA) – the leading domestic and sub-regional airline in Ghana, have joined the list of sponsors for the 2021 Sekondi-Takoradi Marathon (STM), fixed for Sunday, December 26, in Takoradi.

The airline for the second time would provide domestic flight tickets to the organisers and some international athletes who would participate in the race, from Accra to Takoradi.

AWA, which plies Takoradi on daily basis would also provide sub-regional air tickets for the winner of the competition to participate in an international marathon in any of their destinations in the sub-region.

This year’s package from AWA is an improvement upon the previous one, following the addition of international tickets.

Medivents Consult- organizers of the event have in the past had standing relationship with AWA.

Mr. Henri Senyo Penni – General Manager of Medivents Consult expressed appreciation to the airline for their continuous support for the event.

“We are happy AWA has decided to grow with the event as Sekondi-Takoradi is gradually becoming the biggest in the country and most look-up to event in the year.

“It would be the biggest race this year and we invite all to come to Takoradi to witness the event,” he added

The race is fixed for Sunday, December 26, and would commence at the Essipong Stadium and end at the Takoradi Mall.