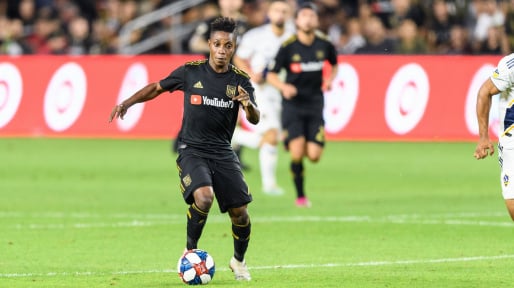 Los Angeles FC forward, Latif Blessing has been sued by his managers, Joy Industries for failing to honour his part of the contract.

Lawyer Francis Polley confirmed to Wamputu Sports on Happy 98.9 FM that the former Liberty Professionals player has been served.

According to him, since Latif Blessing moved to the US Major League Soccer to play for Los Angeles he has failed to respect the contract he signed with his managers.

“We had a management contract with Latif Blessing which was signed in June 2015. What is expected of him, he has failed to honour his part of the contract. Since he moved to the MLS, he has had no respect for anyone,” Lawyer Polley told Odiasempa Kwame Oware.

“He refuses to sit down with management and we have no option than to take him on. He was served the summons on Thursday,” he explained.

“We had an agreement with Latif and we have served him in so many ways. Since he moved to the MLS he started behaving funny. In the contract we are entitled to a percentage of his signing on fee and we are in court for that amount,” Lawyer Polley affirmed.

“That is why most people don’t want to help Ghanaian players. We don’t want to spoil his career, we just want him to respect the agreement,” he added.