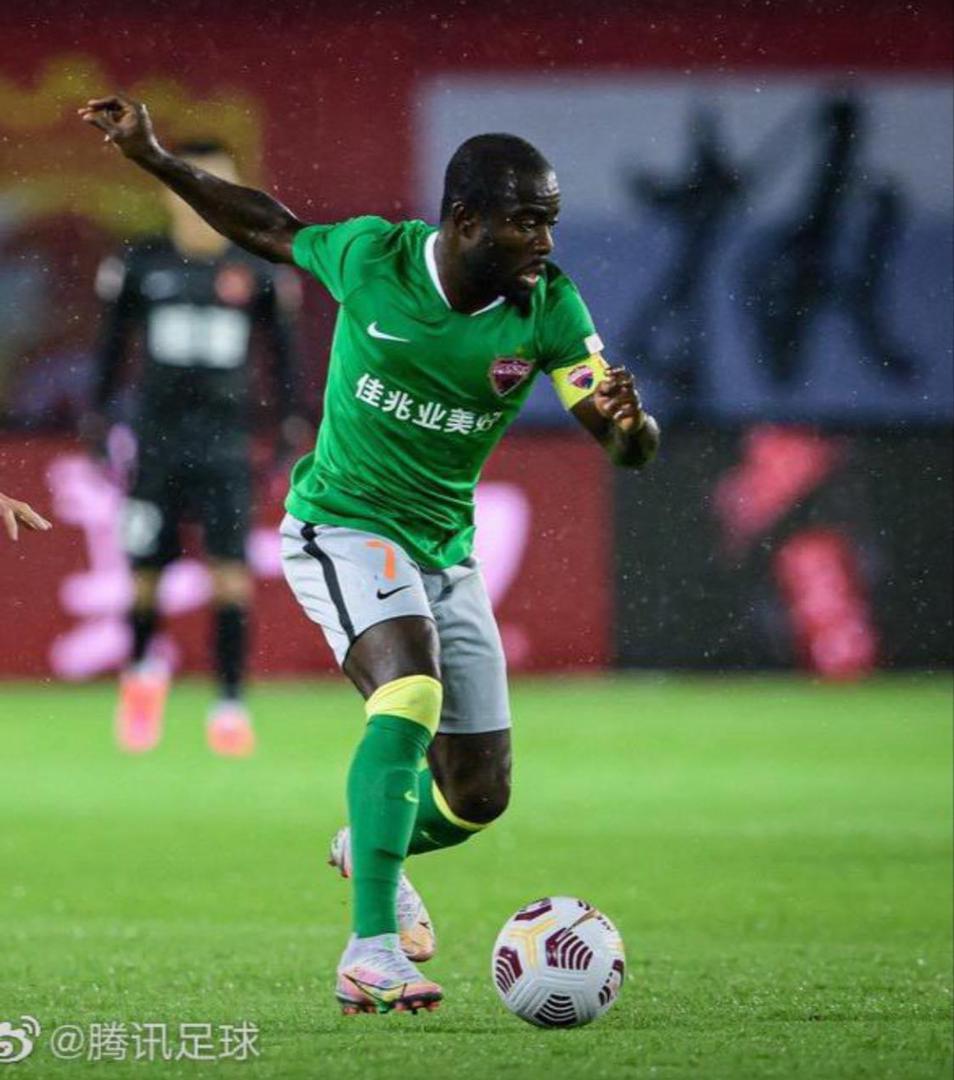 The pacey forward started for his team today when they locked horns with the matchday 19 opponent of the league season at the Shanghai Stadium.

Although, Shenzhen FC suffered a defeat at the end of the 90 minutes, Frank Acheampong was a shining star for his team.

The Ghanaian equalised with a fantastic effort in the 17th minute when his side was trailing to the home team who had earlier scored through Zhurun Liu.

Goals from Shenyuan Li and Oscar in the 62nd and 69th minutes of the second half saw Shanghai Port condemn Frank Acheampong and his teammates to a 3-1 defeat on the road.

Despite the loss, the Ghana forward and his team remain in a good position on the Chinese Super League table.

Frank Acheampong, 28, with his goal today now has five goals to his name after making 19 appearances for Shenzhen FC.