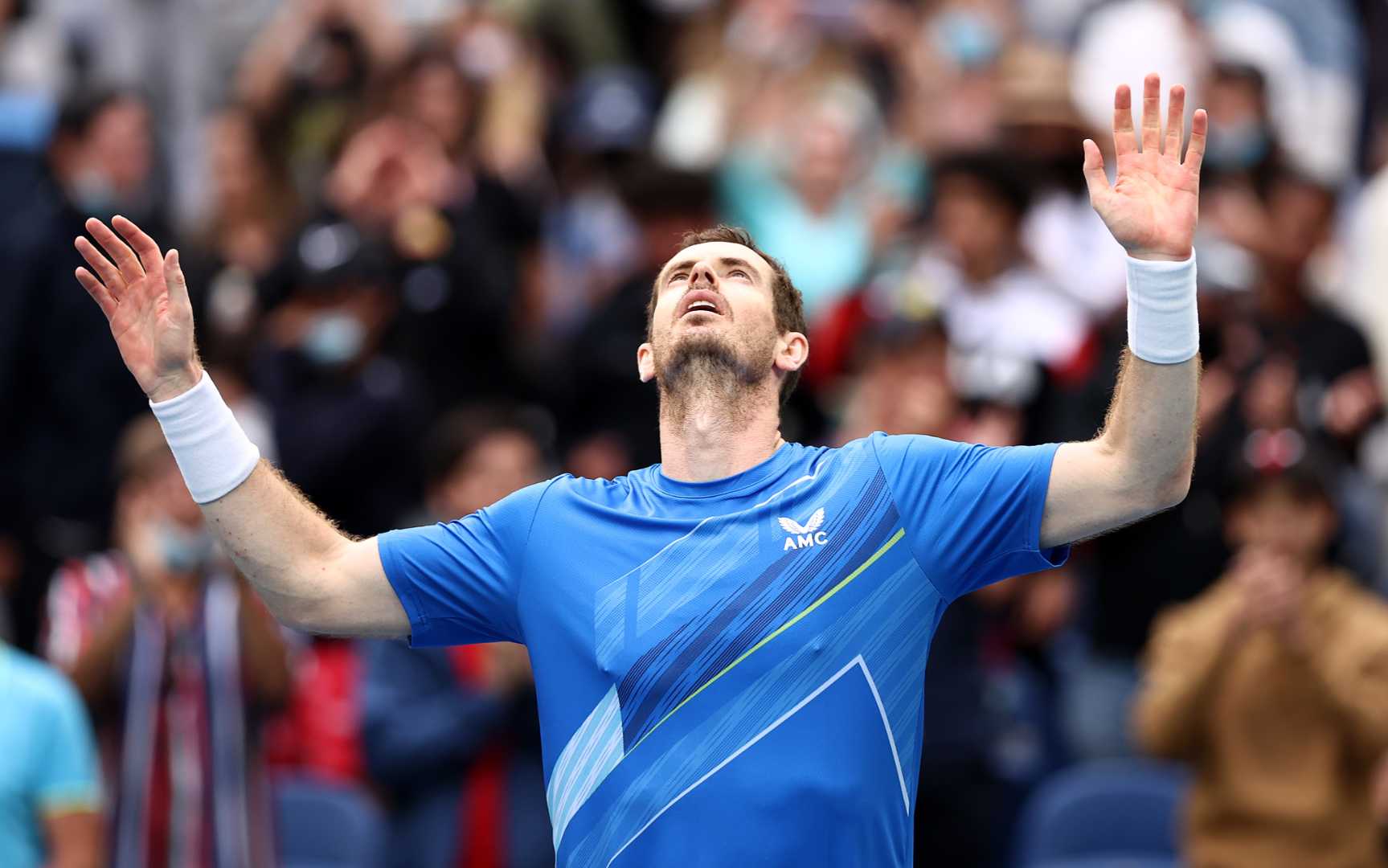 The three-time Grand Slam winner is playing with a metal hip following career-saving surgery in 2019, Andy Murray fought to his first win at the Australian Open since 2017 with an epic five-set victory over 21st seed Nikoloz Basilashvili this Tuesday, Murray wrestled with the Georgian for almost four hours before claiming his place in the second round.

BACK AFTER HIP SURGERY Murray of Scotland ranked 113 and playing like a tournament wild card, showed his trademark fighting spirit to edge home in the gripping final set and clinch a 6-1, 3-6, 6-4, 6-7 (5/7), 6-4 victory in 3 hours and 52 minutes on John Cain Arena. It comes after his tearful exit from the 2019 Melbourne event with the hip injury which raised the possibility of his imminent retirement from tennis before he went ahead with surgery just weeks later.

OVERWHELMED WITH HAPPINESS as It continued a keen rivalry between the pair with Murray rallying from a set down to defeat the big-hitting Georgian last week in Sydney and also prevailing over four sets in the first round at Wimbledon last year. “Amazing, been a tough three or four years. I have put in a lot of work to get back here, I’ve played on this court many times and the atmosphere is incredible… It’s amazing to be back and winning a five-set battle like that, I couldn’t ask for any more.” a relieved Murray, 34, said on court.