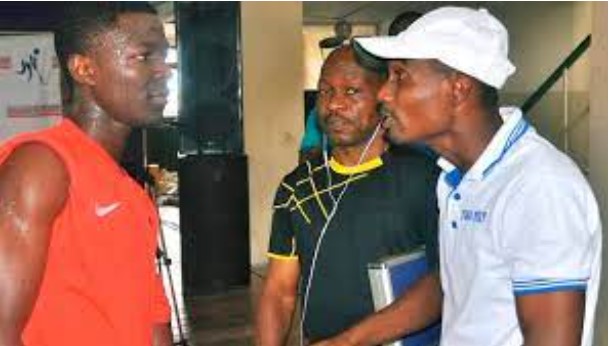 Coach ANANG-WHYTE has been consistent since 2005 when he was voted the best coach in Ghana Table Tennis after the ATL National Table Tennis League.

The then president of the Ghana Table Tennis Association (GTTA), Squadron leader Rtd Ebo Bartels, decreed during his initial coaching that Coach Whyte has the potential to soar high and truly his words are manifesting.

Coach Whyte was trained to coach by the late coach S.K. Allotey (deceased) who was a former national champion and became a national team coach.

Coach Whyte started coaching in the late 80s at the LA Dadekotopon Community. He was officially appointed the coach of the LA Wireless Cluster of Basic Schools in September 1991.

Due to his effectiveness in coaching, he had the opportunity to coach all the schools in the LA community. He became the Kpeshie Sub-Metropolitan Table Tennis coach1993. He was invited into the Accra Metropolitan table tennis team in 1994 and later joined Mr Nartey who was a P.E. teacher and the Greater Accra table tennis coach in the Greater Accra Regional Table Tennis team.

Coach Whyte used his new team to qualify to the semifinals in the 2006 National Schools and Colleges’ Sports festival in Tamale; that was the first time in 15 years Western Region qualified to the semifinals.

Coach Whyte was then transferred to Greater Accra to become the Greater Accra coach in November that same year. He came back and continued with the players he left behind. He formed the Ghana Immigration Table Tennis team with his own players and won the Security Services Sports Association (SSESA) Games three times. A record of sweeping all the seven gold medals in the 2011 SESSA Games for Ghana Immigration.

Coach Whyte was transferred to the Eastern Region in 2009 where he met players such as Samuel Akayede, Emmanuel Asante, Desmond Osei, Gloria Asafo-Adjei among others. All were under 15 players and he trained and raised them through under 18 and 20 categories to become outstanding senior players and are now with the Ghana Army, Ghana Immigration Services and Ghana Revenue Authority just to mention a few. The new players he has produced from Eastern Region are: Emmanuel Ofori, Kojo Gordon, Solomon Danso, Jude Osei, Hilda Agbotha, Judith Acheampong, Mavis Okyere, Daina Opoku and others.

Players Coach Whyte produced since the 90s are as follows:

All the men who have played the national team since 2008 to date have passed through the hands of coach Whyte.

“Above all my responsibilities as the environment coach LaDadekotopon is to fully unlock the capabilities of my players, so that they play as nearly as possible to the absolute limits of full potential through fair and firm means,” he said.

“Moreover, here are my eight core responsibilities as a Professional Table Tennis Coach, that will enable me and my technical staff to Unearth and Nurture talents for the LA Dadekotopon Constituency and they are as follows”:

1. Set Vision, Goals and Standards for Sport Programme.
2. Engage in and Support Ethical Practices.
3. Build Relationships
4. Develop a safe sport Environment.
5. Create a Positive and inclusive Sport Environment
6. Conduct Practices and Prepare for Competition
7. Strive for Continuous improvement.
8. An Obligation to Produce World Class Players from LA who will compete for Ghana in World Competitions.