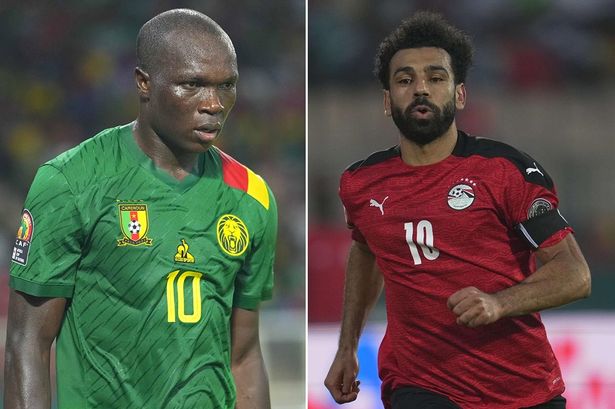 Cameroon striker Vincent Aboubakar has opted for the brave move of questioning Mohamed Salah’s quality ahead of the Africa Cup of Nations semi-final against Egypt tonight.

Salah’s Egypt take on hosts Cameroon in the second Afcon semi-final on Thursday evening, with the winners set to take on pre-tournament favourites Senegal in Sunday’s final.

En route to reaching the last four, Salah has scored twice and assisted Trezeguet’s winner against Morocco in the quarter-finals.

Aboubakar leads the way with six goals, and he believes Salah – who has scored 23 goals for Liverpool this season – is not at the same level as PSG forward Kylian Mbappe.

“He doesn’t impress me much,” Aboubakar told French outlet RFI.

“I say it clearly because I’m an honest person and I have my way of seeing things.