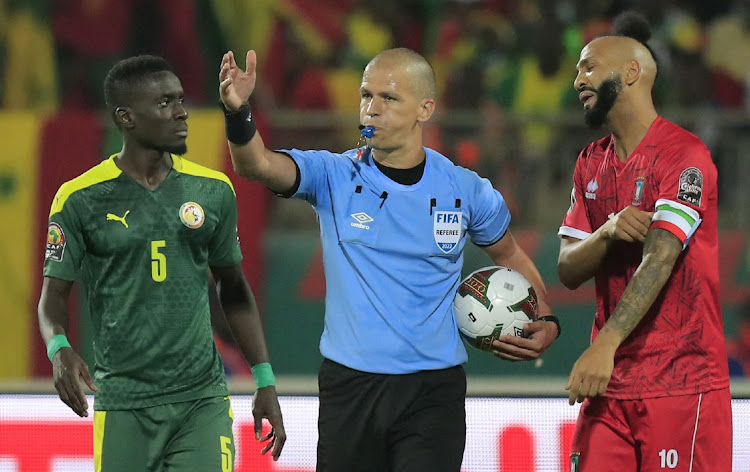 SA’s Victor Gomes will be in charge of the Africa Cup of Nations (Afcon) final between Senegal and Egypt at Stade Olembe in Yaounde, Cameroon, on Sunday.

Gomes’ appointment comes as reward for his consistent performances in the tournament so far.

He will not be the only South African featuring in the final as Zakhele Siwela will be one of the two assistants along with Souru Phatsoane of Lesotho and Olivier Safari Kabene of the Democratic Republic of the Congo (DRC).

Another South African involved in the final, though he will not be on the pitch as he is serving a four-match ban after an altercation in the quarterfinal against Morocco, is Egypt’s assistant coach Roger de Sa.

Gomes, who has established himself as one of the best referees on the continent because of his no-nonsense attitude, will be the first South African to officiate in an Afcon final.

On the field, the focus will be on superstars Sadio Mané of Senegal, who will be will be going all out to secure their first-ever Afcon title, and his Liverpool teammate Mohamed Salah of Egypt.

The Pharaohs are out to secure their eighth title and first win since 2010 in Angola. Senegal, runners-up in 2002 and the last tournament in Egypt in 2019, are seeking their first Afcon title.