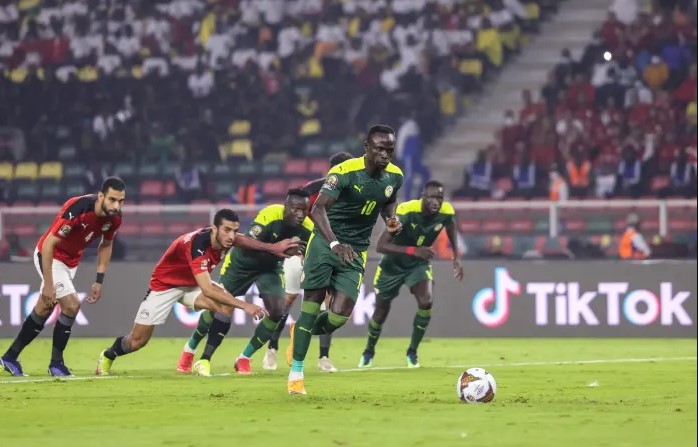 Former Nigerian midfielder, Austine Jay Jay Okocha has said that Senegal striker, Sadio Mane took a huge risk by stepping up again to play the last penalty kick for his side during the Africa Cup of Nations final clash with Egypt on Sunday.

The Liverpool attacker squandered the chance to put Teranga Lions into the lead when his seventh-minute penalty was saved by Egypt goalkeeper, Gabaski.

The game ended 0-0 after 120 minutes, including 30 minutes extra time and after the Pharaohs had missed two of their kicks, Mane summoned the courage to step forward and fired in the winner for the West Africans.

Jay Jay Okocha, who was once the captain of the Super Eagles and winner of the 1994 edition of the tournament, felt it was a huge risk for the Liverpool star.

“It’s not every player that can step up again to go and take that penalty,” Okocha, who worked as a pundit with Supersports through the tournament, said.

“Because you know in Africa how hostile our fans are. By doing so, he was risking his life, risking his family’s life, even your home, you know?

“But that’s what he’s born to do. He’s born to play football and whatever comes with it, he’s willing to accept it.”