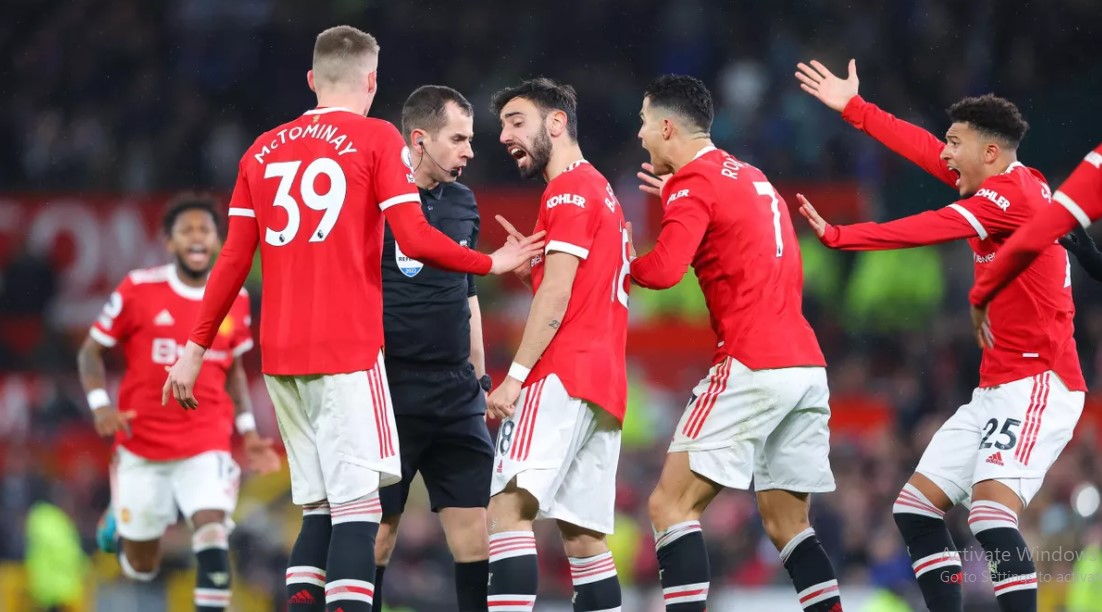 Manchester United have been charged by the Football Association (FA) after failing to ensure their players conducted themselves in an orderly fashion during the 2-0 win against Brighton.

Bankes initially showed Dunk a yellow card, but it was upgraded to a sending off after consultation with the Video Assistant referee.

But the initial decision had been protested vociferously by a number of home players, with Bruno Fernandes receiving a yellow card.

An FA statement read: “Manchester United FC has been charged with a breach of FA Rule E20.1 following its Premier League game against Brighton & Hove Albion FC on Tuesday [15/2/22].

“It is alleged that Manchester United FC failed to ensure its players conducted themselves in an orderly fashion during the 53rd minute, and the club has until Monday [21/2/22] to provide a response.”

A goal from Cristiano Ronaldo, the first for the Portuguese forward in six matches, had set Manchester United on their way to a nervy victory just before Dunk’s challenge.

Fernandes belatedly put the game beyond doubt in stoppage time.

Speaking afterwards, Brighton manager Graham Potter expressed his belief that Bankes had made the right call initially, and feels that the protests of the Manchester United players may have impacted the subsequent VAR decision.

“I don’t blame them (the United players),” said Potter of his opponents’ reaction. “They have to do their bit for the team.