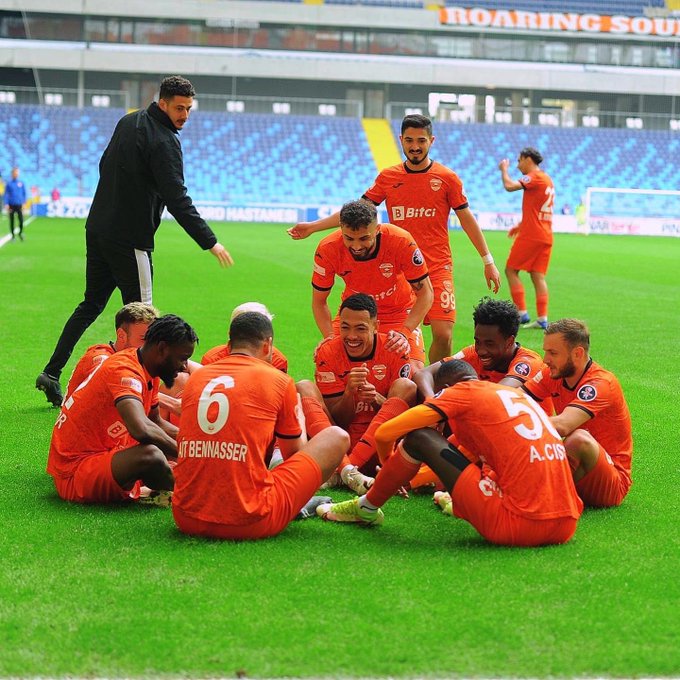 Tetteh, 25, played 80 minutes at the Yeni Adana Stadyumu for the Taurus Tigers as they breezed past Manisa FK 2-0 with ten men on March 6, 2022.

Tetteh lasted 80 minutes in the game

Since beating Genclerbirligi 3-0 in mid-February – a game Tetteh registered a brace – the former top-flight campaigners have failed to record any victory as they suffered four losses and two draws in six games in the TFF First League.

Following the victory, the ex-WAFA who is capped 8 times by Ghana at the senior level, took to his Twitter handle to celebrate the victory.

Back to winning ways

” he wrote.
The Ghanaian is in his first season at the Turkish club.
Credit: Ghanasportsonline