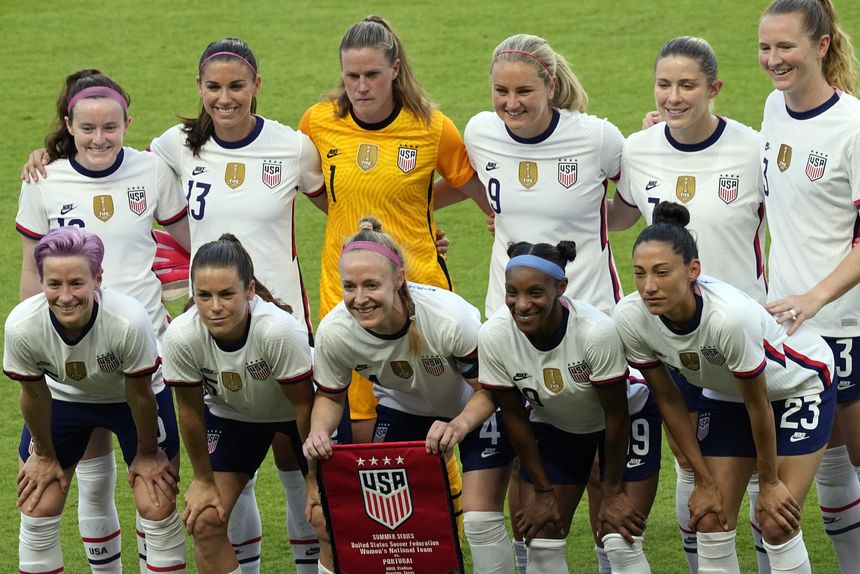 The first edition of the FIFA/Coca-Cola Women‘s World Ranking of 2022 has seen some notable movement, in part due to the traditional friendly tournaments in this period, but also because of the AFC Women‘s Asian Cup. All told, 146 women‘s internationals have been played over the last three months.

Hosts and winners of the recent SheBelieves Cup, United States (1st, -) continue to lead the way, even if the North Americans missed out on some ranking points in a surprising draw with Czech Republic. Sweden (2nd, -) took advantage of that slip and, on the back of their success at the Algarve Cup, closed the gap on the leaders to just over 22 points. France (3rd, +1) complete the podium after displacing Germany (4th, -1), thanks to Les Blues’ triumph at the Tournoi de France and the Nationalmannschaft inability to win a single game in the first edition of the Arnold Clark Cup in England.

In the only other changes in the top 10, Spain (7th, +2) find themselves at an all-time high after taking second place in the latter competition, swapping places with Brazil (9th, -2), who failed to win any of their three games at the aforementioned Tournoi de France.

However, this edition’s biggest story comes from Asia, where the top sides battled it out for the continental title and qualifying spots at the FIFA Women‘s World Cup Australia & New Zealand 2023™. Victory for China PR (16th, +3) secured a ninth Asian crown, a World Cup ticket and a rise of three places in the global standings. Nevertheless, the most remarkable performance was that of Philippines (54th, +10) who, by reaching the semi-finals, ensured an historic maiden appearance on the world stage, their highest ever ranking and the distinction of being the most-improved side in terms of points (+53) and places (+10).

As well as Spain and Philippines, another side making strides are Slovenia, who have also reached an all-time high (47th, +1). Last but not least, three teams – Togo (115th), Cayman Islands (163rd) and Anguilla (175th) – rejoined the World Ranking, while Afghanistan lost their place due to inactivity.

The next FIFA/Coca-Cola Women’s World Ranking will be published on 17 June 2022.