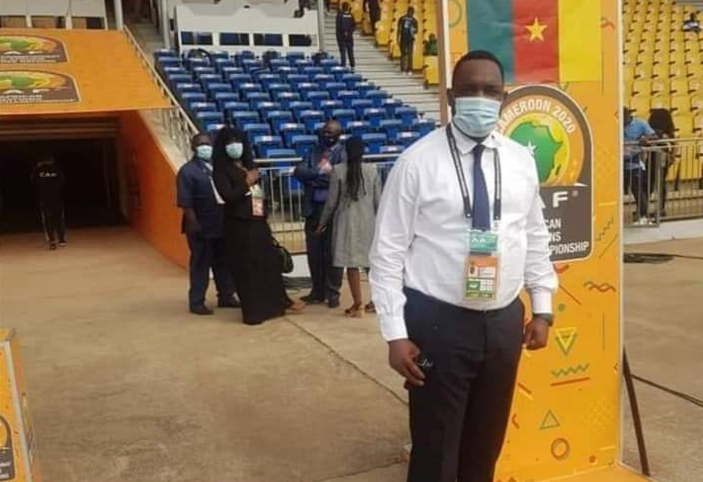 The Nigerian Football Federation (NFF) have denied that the death of a Zambian official at the Abuja stadium was caused by the stampede at the stadium.

The NFF said its findings show that the Zambian official “died as a result of sudden cardiac arrest.”

PREMIUM TIMES reported the death of Zambian Joseph Kabungo, who was appointed by the world football governing body, FIFA, as the Doping Control Officer for the Nigeria versus Ghana match.

The match played in Abuja ended 1-1 and ensured that Ghana qualified for the 2022 World Cup in Qatar at Nigeria’s expense.

Thousands of angry Nigerian fans who were at the stadium to watch the match went on rampage, destroying facilities at the stadium.

There had been unconfirmed reports that Mr Kabungo died in the stampede, thus the statement by the NFF.

Despite the clarification by the NFF, however, FIFA may still sanction Nigeria for the stampede at the stadium.

Read the full statement by the NFF below:

The Nigeria Football Federation has expressed shock and sorrow over the death of FIFA/CAF Medical Officer, Dr. Joseph Kabungo, who died on Tuesday after the FIFA World Cup playoff match between Nigeria and Ghana at the Moshood Abiola National Stadium, Abuja. Dr. Kabungo was appointed as Doping Control Officer for the match.

“We are terribly shocked at this sad development. The NFF commiserates with world football –body FIFA, the Confederation of African Football, the Football Association of Zambia, and the family of Dr. Kabungo on his sudden passing. His death pains us very much and we are in a state of deep shock.

“However, it is important to state the facts as they are. According to the information from our own medical officer, Dr. Onimisi Ozi Salami who was appointed by FIFA as Medical Officer for the game, Dr. Kabungo was found gasping for breath near the dressing room of the Ghanaian team.

“I was notified and ordered that he should be rushed to the hospital. He didn’t make it. He died just as they got to the hospital,” NFF General Secretary, Dr. Mohammed Sanusi said.

“I was heading to the dressing room of the Nigerian team when the General Coordinator, Kabore Hubert Bosilong from South Africa called my attention. Dr. Kabungo suddenly started gasping for breath. The FIFA Security Officer for the match, Mr. Dixon Adol Okello from Uganda also witnessed the incident.

“We tried to resuscitate him there and then, but when this did not appear to be working, we put him in an ambulance and rushed him to Cedar Crest Hospital in Apo, where he gave up the ghost. It is a very sad incident and one is shocked that some persons have been putting a terrible slant to the whole thing by saying he was beaten up by fans. That is a lie. He died as a result of sudden cardiac arrest.”

Officials of the NFF, the medical team, and officials of the High Commission of Zambia held a meeting on Wednesday morning to decide the next line of action following the demise of Dr. Kabungo.