War in Ukraine: Infantino pleads for peace but concedes FIFA can help only in picking up the pieces

Brazil back on top of FIFA/Coca-Cola world ranking 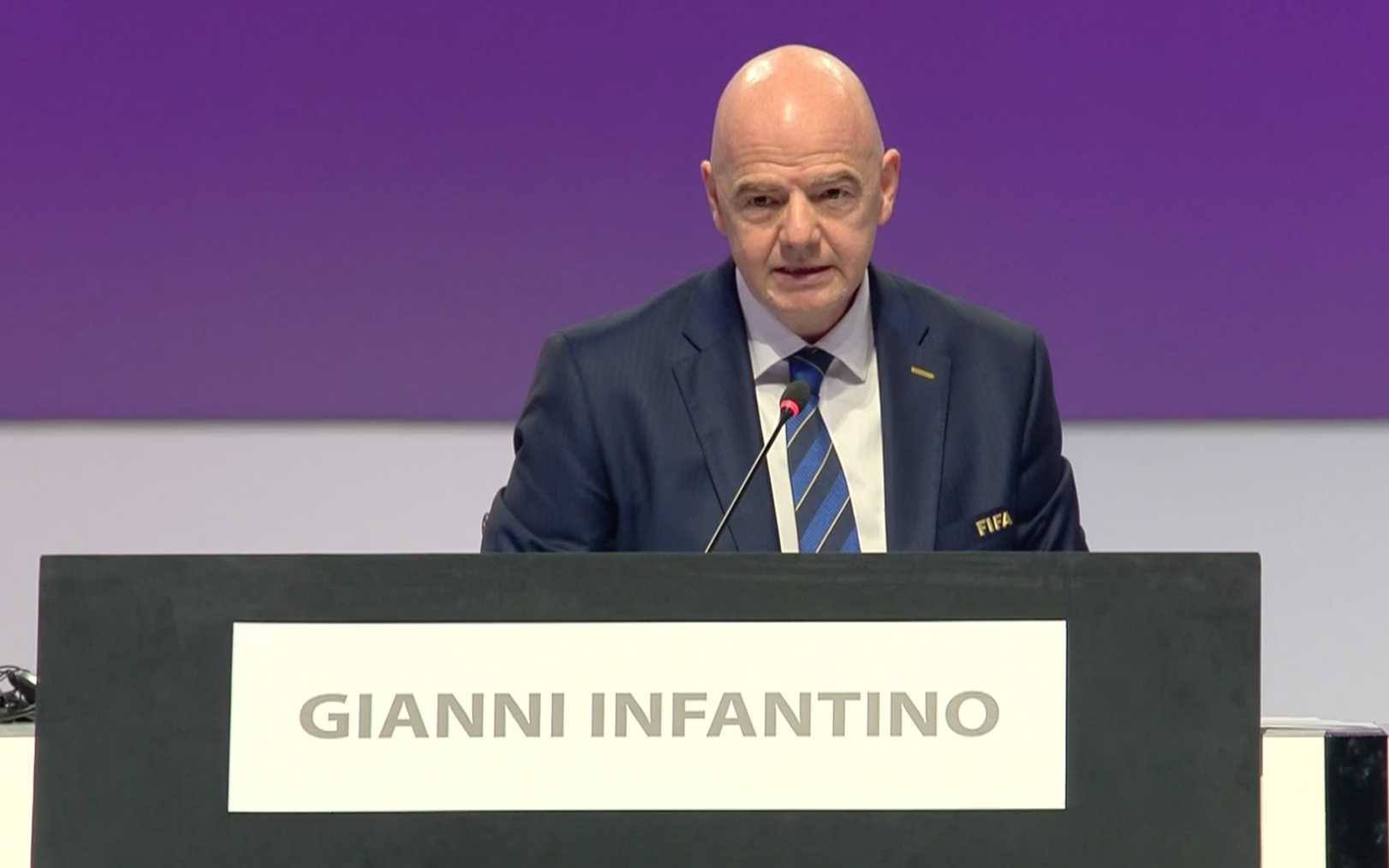 President Gianni Infantino used his platform at FIFA’s annual congress to appeal for an end to the war in Ukraine but dialled down on sport’s frequently overblown claims to influence world events.

Too often in past decades leaders in not only world football but other sports have lost perspective in proclaiming the powers of their empires. Infantino’s presidential address in Doha, on the eve of the 2022 World Cup draw, conceded that even football has nothing to offer in time of war.

The game could play only a small role in assisting society, one day, in picking up the pieces of fragmented societies.

For Infantino, the worst conflict in Europe since the end of the Cold War, had been a depressing successor to the death and damage inflicted by the worldwide Covid-19 pandemic.

He said: “Now that we were seeing light at the end of the [Covid] tunnel and looking forward to a fantastic World Cup what happened? War. War with the fear of a global conflict with the terrible events in Ukraine – though there are terrible wars in other parts of the world, places where innocent people are suffering.”

He added: “We live in an aggressive world, in a divided world. I am a big believer in the power of football to bring people together and to cross cultural boundaries. Football is the world sport but it cannot solve all of the problems.”

The current conflict was of particular weight to Infantino because the last European Championship finals he organised as UEFA general secretary were in Ukraine and Poland and the then the first World Cup he led as FIFA president was in Russia.

Infantino conceded: “It was by all means a great World Cup, a great success in both sporting and cultural terms. But it did not solve the problems of the world, not even the problems in the region. It did not create a lasting peace.”

Football’s role was only for the aftermath.

Infantino, , who offered no opinion on Russian military aggression, said: “Once this terrible conflict is over and all other conflicts hopefully very soon football can play a small part in rebuilding relationships, re-establishing peace and understanding and we will be at the forefront of doing that.

“My plea to all who have important political positions is please stop conflicts and wars, for our children, for our future, please engage in dialogue even with your worst enemies. Football will help in working together for peace because we have to learn again to live together.”

Infantino rattled through the rest of his address. He skated over the vanishing issue of the proposed biennial World Cup proposal while tipping his hat to the increasing importance of women’s football, transfer regulation controls, the protection of children from abuse and the perpetual fight against discrimination and racism.

All, of course, far less important than the focal issue of his address.

** Gianni Infantino announced, in his closing remarks to FIFA Congress, that he intends to stand for re-election as president next year for what would be his second full four-year term.