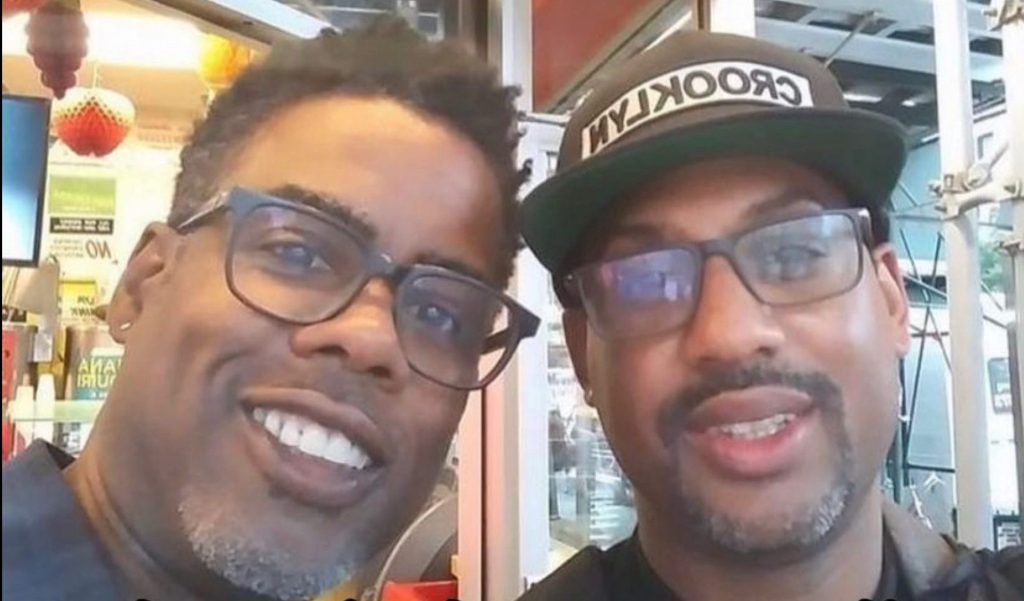 Talk about riding for your bro! Kenny Rock is on the same page as Tony Rock–both brothers want to see Will Smith answer to the slap seen around the world.

More than two weeks past the 2022 Oscars, the show’s most memorable moment goes to Will open-palm slapping Chris on live television. The incident happened immediately after Chris told a G.I. Jane joke aimed at Jada Pinkett Smith’s bald look.

Chris’ brother Tony previously responded to the incident, both on Twitter and during a stand-up show. Now, their younger brother Kenny also wants to give Will a taste of his own sauce.

According to TMZ, Kenny inked a deal with Celebrity Boxing founder Damon Feldman. Officials reportedly scheduled Kenny’s match for June 11, but he doesn’t have an opponent. But, according to TMZ’s video interview, he’s open to boxing with “anybody willing to step up and take on the challenge.”

Following the TMZ’s line of questioning, Kenny doesn’t think Chris or any of his brothers should step in the ring with Will. But Kenny? He wants all the smoke.

“No they shouldn’t, but I should get in the ring with Will Smith,” Kenny said.

And Kenny isn’t fazed by height or weight differences nor did he say much about the challenge. Instead, Kenny hopes to “let the hands do the talking.”

This isn’t Kenny’s first comment about Will putting the paws on Chris. Kenny previously spoke about the viral incident with the Los Angeles Times.

“It eats at me watching it over and over again because you’ve seen a loved one being attacked and there’s nothing you can do about it,” Kenny said in an interview. “Every time I’m watching the videos, it’s like a rendition that just keeps going over and over in my head. My brother was no threat to him and you just had no respect for him at that moment. You just belittled him in front of millions of people that watch the show.”

Kenny also told the press he’s spoken to his brother since the slap. Apparently, Chris is “doing great.”

A few days after the Oscars, Chris broke his silence during a stand-up show, revealing that he was still processing what happened. Just days ago, Chris spoke on the exchange again.

“I’m OK, I have a whole show, and I’m not talking about that until I get paid,” Chris told a sold-out California audience.

Will hasn’t gone completely unchecked for squaring up in front of the world. As previously reported, the Academy of Motion Pictures Arts & Sciences banned the veteran actor for 10 years.

Their decision came days after Will resigned his Academy membership. This resignation and ban means Will cannot “attend any Academy events or programs, in person or virtually, including but not limited to the Academy Awards.” However, both consequences won’t stop him from being nominated or winning any future awards during the next decade.

Kenny didn’t hold his tongue when it came to commenting on the Academy’s punishment.

“Well, we have to see if he’s actually going to get the 10-year ban,” Kenny said. “They might say a 10-year ban, then after three years they’ll think that we may have forgot about it and slide him in there…so we have to make sure these people do what they said they’re going to do.”

Like Tony, Kenny said he’s taking the personal, but instead of being extra vocal, the younger brother described himself as “a quiet storm.”