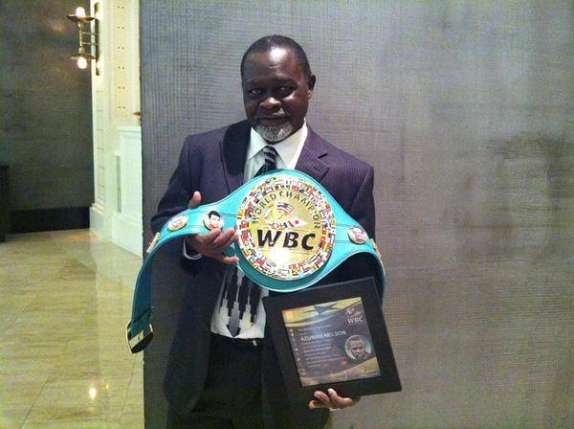 I would like to hammer on this topic for I strongly believe in the maxim that a nation that forgets its heroes so quickly is not worth dying for.

It is the reason why I will forever cherish the memory of Kwadwo Baah Wiredu who I reckon as one of the most forward looking ministers of his generation.

In 2004, Mr Baah Wiredu then in charge of sports, set up a seven-member committee to recognise outstanding sports personalities in the country. The then Asante Akyem Member of Parliament realised that over the decades sports has projected the name of Ghana worldwide. The nation however owed its popularity to fame in sports to a handful of men and women who painstakingly devoted their time, money ,energy and sometimes at the peril of their lives. It is to recognise these noble contributions to the nation that the committee was set up.

Incidentally, I was a member of the committee headed by the renowned sports administrator, Dr Owusu Ansah of the Ministry of Sports. Other members were astute sports journalists Oheneba Charles, Frank Apeagyei and Randy Abbey. The rest were Mrs Elizabeth Quarmye of the Ministry of sports and Kofi Aggrey secretary.

I must say we worked assiduously and duly submitted our report that was wholeheartedly received by the authorities.
The committee decided to make a clear distinction between administrators and performers. This explains why we had administrators like Richard Acquaye, Ohene Djan, D.G. Hathiramani, H.P. Nyemitei, Dr Yaw Nkansa-Gyane, Mr Kofi Badu and Mrs Theodosia Okoh in administrators’ category and performers like Baba Yara, C.K Gyamfi, Chris Briandt, Abedi Pele, Roy Ankrah D.K. Poison, Azumah Nelson, Ike Quartey Snr, Mike Ahey and E.A. Quaye as legends to be immortalised.

Richard Acquaye was pioneer football administrator who laid a solid foundation for the country in the colonial days. He organised the first ever training trip to Britain for the national football team in 1951. A trip that opened the eyes of the barefooted players who returned home to play in boots for the first time.

Ohene Djan was Ghana’s first Director of Sports for the new independent Ghana who rose to become executive member of both CAF and FIFA. He revolutionised Ghana sports in general and football in particular with his popular mass participation concept. He mooted the idea of the nation’s favourite pastime, the National League, which is in its 54th year.

Kofi Badu was the powerful sportswriter who through his writings in the Daily Graphic in the fifties greatly contributed to the tremendous strides Ghana made in sports – football and boxing in particular.

H.P. Nyemitei was the reputed sports administrator affectionately called, ‘the grey-haired soccer philosopher’ who was the brain behind the tour of Ghana in 1957 by the legendary football star, Stanley Matthews of Britain. This tour greatly gave Ghana football a fresh impetus and introduced the country into the era of scientific football. He was twice FA chairman and long serving patron of Accra Hearts of Oak. In 1969, as FA chairman, he arranged the tour to Ghana of the famous Brazilian football team, Santos featuring the world acclaimed Pele whose full name is Arantes dos Nascimento.

DG Hathiramani was affectionately called ‘the table tennis servant of Ghana.’ A naturalised Ghanaian of Indian descent, Hathiramani singlehandedly produced nearly 60% of Ghana’s table tennis stars spanning nearly four decades. He further donated his residence in Accra to the government for the promotion of sports.

Mrs Theodosia Okoh, a hard-working hockey enthusiast was known in sporting circles as ‘the Joan of Arc of Ghana sports.’ She influenced the building of the national hockey pitch in Accra. For many years she chaired the National Hockey Association and gave hockey a big boost especially in schools and colleges. A good artist in her own right it is on record that she designed the Ghana National Flag.

Dr Yaw Nkansa-Gyane for Olympism. For many years Ghana’s representative on the International Amateur Boxing Association (AIBA). As president of the Ghana Olympic Committee he brilliantly revived the spirit of Olympism in the country. He gave the Ghana Olympic Committee the new look that has made it now an important cog in the wheels of Ghana sports development. He was honoured by the state in 1979 (Grand medal civil division) for his contribution to the development of medicine and sports in Ghana in particular and Africa in general.

D K. Poison is the first Ghanaian professional boxer to win the world title. He beat Ruben Olivares of Mexico in 1975 in Los Angeles to become champion.

Azumah Nelson: A long reigning world boxing champion and former Africa Games and Commonwealth Games gold medallist, both achieved in 1978 in Algiers and Canada respectively. He was acknowledged as one of the ten pound for pound boxers in the world.

Ike Quartey Snr. is the first and to date the only Ghanaian Olympic silver medallist at Rome 1960 Olympics.

Mike Ahey is the most outstanding track and field star with long jump gold medal record in 1962 Commonwealth Games in Perth.

For table tennis we have E. A. Quaye, a name synonymous with the game in Ghana for nearly four decades. He was a reputed national and African champion who travelled wide to play the game. He was one of the pacesetters who made table tennis popular in the country.

Football legends like Chris Briandt is honoured for being the first captain of the national football team. He led the team to several triumphs. He was one of the first retired national stars to train abroad as coach.

Baba Yara, affectionately called King of wingers played regularly for Asante Kotoko and the Black Stars. He was a brilliant stylish footballer with immaculate ball control who could score easily with either foot. A gifted passer of the ball he was arguably the most popular footballer of his generation. A founding member of the Black Stars in 1960, he was involved in a terrible motor accident in 1963 that abruptly cut short his football career. He remained in a wheel chair and died in 1969.

Abedi Ayew Pele was easily the brightest football gem in the 80s. He played for the Black Stars at the age of 17 in Ghana’s fourth Afcon triumph in Libya 1982.
Subsequently he played in four more Afcon finals, twice as captain. He was a top star in the French top division league and once featured in the ceremonial World XI.

Dear reader, these are the names earmarked to be honoured by naming a number of sports facilities in their honour.
For a start, the Accra Stadium was named after Ohene Djan, Kumasi Stadium after Baba Yara, Kaneshie Sports Complex after Azumah Nelson and Accra Stadium sports hall after Hathiramani.

Surprisingly, before the second group could be effected, some hoodlums mysteriously and forcibly removed the Ohene Djan signboard from the Accra Sports Stadium for reasons hard to comprehend and that was it. The entire exercise halted and nobody seems to ask questions, “We have become gaping sycophants,” apologies to one-time Education Minister Kwaku Boateng at the NLC probe after Osagyefo Nkrumah’s overthrow in 1966.

On this note, I would like to plead with the National Sports Authority and the Ministry of Sports to get a copy of the report and take action. It is a necessary exercise. Our heroes must be remembered. That’s why the Tamale stadium has been named after the late Vice President, Alhaji Aliu Mahama. He was a founding executive member of Real Tamale United, the newcomers who nearly won the national league on their debut.