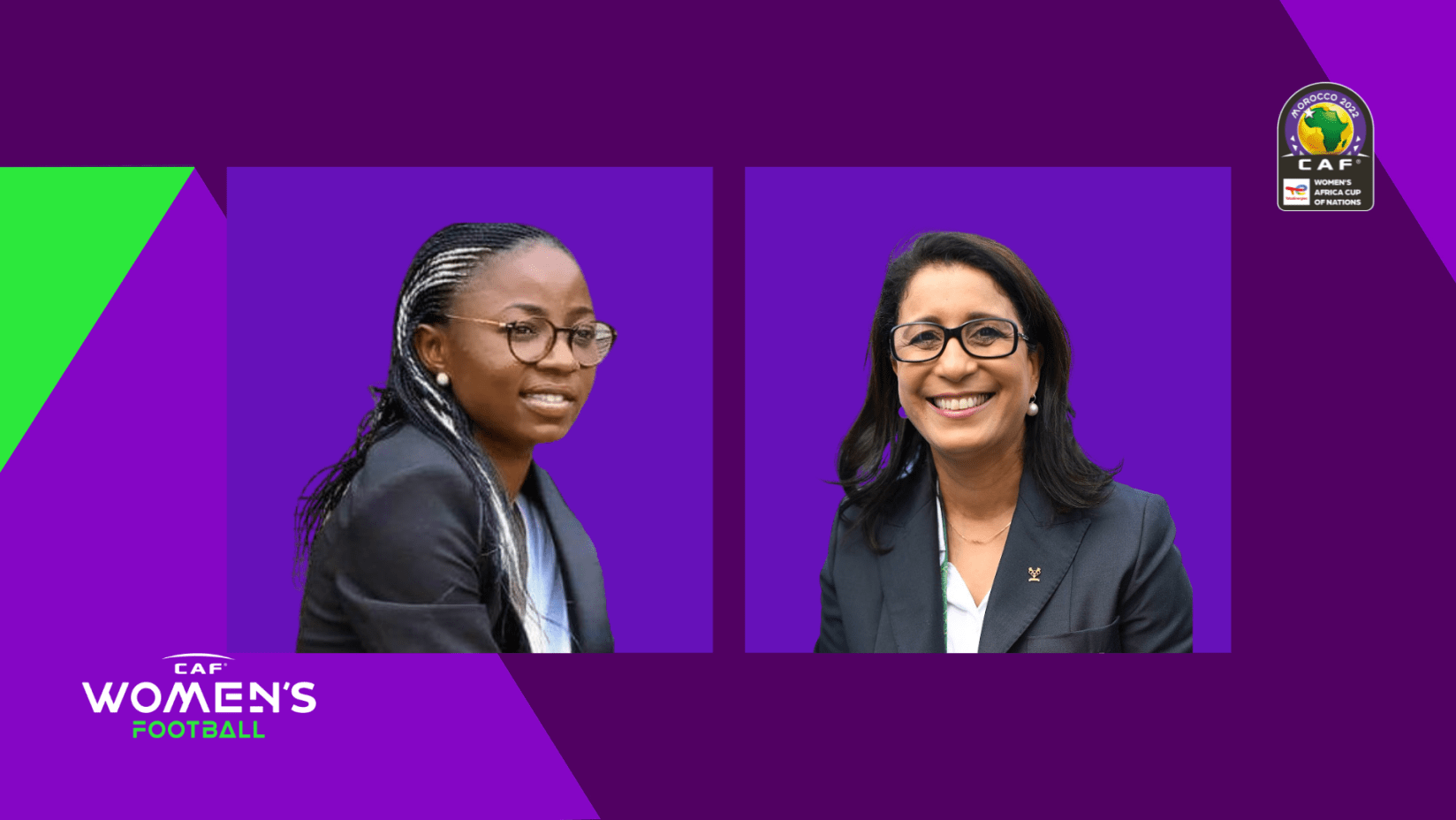 Morocco’s Nawal El Moutawakel, a woman who changed the course of Olympics history in her native land and Cameroon’s Ajara Njoya have been named as the two draw assistants for the TotalEnergies Women’s Africa Cup of Nations, Morocco 2022™.

The draw will take place on Friday, 29 April 2022 20h30 GMT Mohamed VI Complex in Rabat, Morocco. There will be live streaming option on CAFTV YouTube page.

You can follow all the action and content on CAF digital pages as we build-up to Africa’s women football flagship competition.

Moroccan Olympic Gold Medalist Nawal El Moutawakel is considered as the biggest female sport Icon in the Arab world. She is the first Arab, African and Muslim Woman to win Gold at the Olympics back in 1984 in Los Angeles, as she brilliantly won the 400m hurdles.

El Moutawakel is a pioneer for African women for success in athletics. She is a former minister of sports in Morocco and currently Vice-President of the International Olympic Committee.

Women’s AFCON runner up in 2014, 2016 and bronze medalist of the 2018 edition with Cameroon, Ajara Nchout Njoya is one of finest players of the continent.

Twice World Cup participant (2015, 2019), she scored the vital goal that earned her side a historic place in the knockout stages of FIFA Women’s World Cup 2019 in France. Her second goal against New Zealand was voted the FIFA World Cup’s second best and subsequently nominated for the FIFA Puskas award for best goal the same year. She was one of the three finalists of the CAF Women’s Player of the Year 2019.

Both draw assistants will be supported by CAF Director of Competitions Samson Adamu who will be conducting the draw.