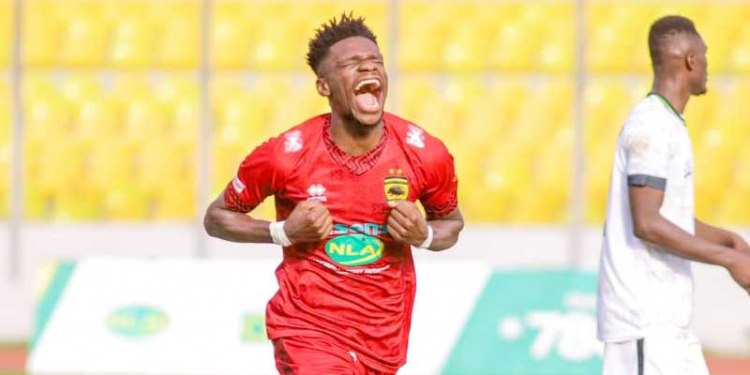 Cameroonian forward Frank Etouga Mbella has set a new record with his 18th goal of the season for Asante Kotoko  in the Ghana Premier League.

The 23-year-old scored the only goal of the game to ensure the Porcupine Warriors returned to winning ways against WAFA at the Sogakope Park on Saturday.

Asante Kotoko had lost two games on a row and needed to bounce back to ensure their race for the league title was intact.

Bekoe, a former Ghana international held the record for most goals scored in the Ghana Premier League for Asante Kotoko in the 2007/08 season.

Bekoe held the record with 17 goals which was equaled by the Cameroonian forward in the game against RTU in Tamale.

Etouga scored his 18th goal of the season on Saturday to set a new club record for the season.

The Asante Kotoko striker can now set his eyes on the all-time record set by Hearts of Oak striker Ishmael Addo.

The Phobian holds the goal king record with 23 goals in a season.