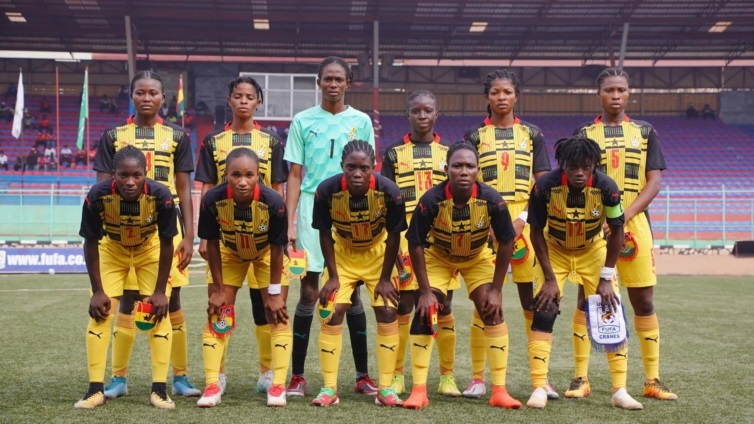 Ghana’s Under-20 female football team, the Black Princesses will know their group opponents when the draw for the 2022 Women World Cup to be staged in Costa Rica is held on May 5, at the Teatro Nacional de Costa Rica in San José.

The Princesses, who have qualified for their sixth consecutive Under-20 WWC, have never made it past the group stages but are hoping that they will be able to break that jinx when they line up as one of the 16 teams who will be vying for the prestigious trophy in the August 10 to 28, tournament.

Blaming their previous disappointing performances to inexperience and tough groups, the Princesses are hoping that for the Costa Rica competition, they will be drawn in a manageable group to enable them realise their dream of advancing from the group stages for the first time.

“Of course, the World Cup is the assembling of the best of teams. To be crowned champions, you have to be the beat all of the best.

“Our dream is to progress from the group stages for the first time and we are hoping for a manageable draw,” Princesses coach, Ben Fokuo told Graphic Online as he left for Costa Rica for the draw.

The 16 teams that have qualified for the competition will be pooled in four pots from which the draw will be conducted.

A team from each of the pot will be drawn to make up a group.

Apart from the host nation, Costa Rica who were automatically seeded and will thus be in pot one, the other 15 teams pooled in the pots are determined by the performances at the last five tournaments.

Also, five bonus points were added to each of the confederation’s current champions that won the respective qualifying campaign for this tournament.

Again, teams of the same confederation can not meet in the group stage, this means that Ghana and Nigeria, Africa’s two representatives at the tournament can only meet from the second round if they both advance and the draw place them in each other’s draw path.

It will be interesting if the Princesses are drawn in Group B at this tournament as for all their previous appearances, they had been drawn in the other groups save B.
2010: In their debut at the tournament staged in Germany, the Princesses were drawn in Group D alongside USA, South Korea and Switzerland. They finished in that group with four points from a win, a draw and a loss.

2012: Again drawn in Group D at the 2012 tournament staged in Japan, the Princesses left the competition without a point, losing their matches against Germany, USA and China.

2014: The tournament staged in Canada saw the Princesses drawn in Group A alongside North Korea, hosts, Canada and Finland. The Ghanaians finished third in that group with two wins and a loss, missing out on a quarter-final berth on goal deficit.

2016: The 2016 competition was hosted by Papua New Guinea and the Princesses were this time, drawn in Group C together with the USA, France and New Zealand. Ghana’s Under-20 side exited at the end of the group campaign with three points, losing two games and winning one.

2018: Drawn against France, the Netherlands and New Zealand, in Group A, the Princesses yet again had a disappointing campaign as they failed to go past the group stages, with their win and two losses.