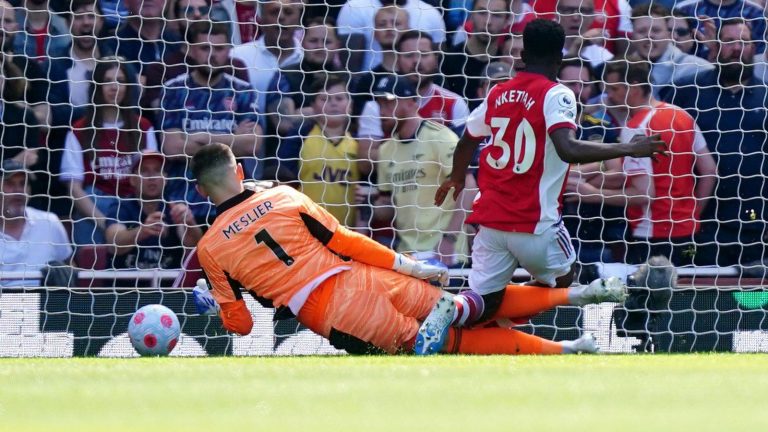 Ghana target Eddie Nketiah scored a brace for Arsenal in their 2-1 win over 10-man Leeds United in the English Premier League on Sunday.

The 22-year-old put up an incredible performance as he helped the Gunners seal a vital win to put them firmly in the driving seat for a top-four spot.

Nketiah has now scored four goals in 18 league games for Arsenal so far this season.

The home side took an early through the English-born Ghanaian who pounced on Meslier’s loose touch to open the scoring and then finished a swift move to double the Gunners’ lead before Ayling’s rash challenge left Leeds a man down for more than an hour.

Diego Llorente headed past Aaron Ramsdale in the 66th minute to halve the deficit but Arsenal held on to secure all three points.

It was a fourth successive win for Mikel Arteta’s side.

The victory strengthens Arsenal’s 4th position on the league table with three matches left to play and now holds a four-point lead over Tottenham in fifth.