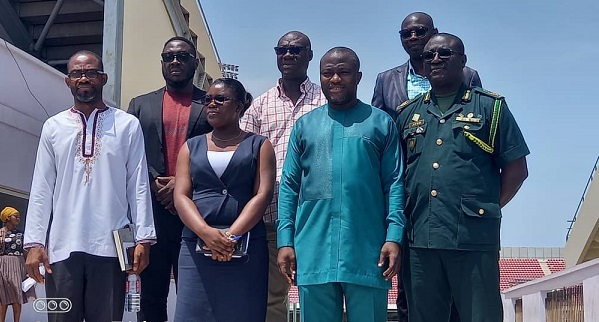 A seven-member ad-hoc committee has been set up to oversee the successful organisation of the Confederation of African Athletics (CAA) Region II Athletics Championships in Cape Coast from May 18 to 22.

The championships will serve as a qualifier to the upcoming Under-20 World Athletics Championships slated for Columbia from August 1 to 6.

The committee, which was inaugurated by the board chairman of the National Sports Authority (NSA), Mr Seth Panwum, has Mr Mohammed Adjei Sowah, a former Mayor of Accra, as the chairman.

The committee has been tasked to secure sponsorship for the event, accommodation for participants and officials, feeding and the successful organisation of the championships.

Mr Panwum charged them to work assiduously to host a successful competition.

Mr Sowah, for his part, pledged to fulfil the task assigned them despite the shortness of time relative to the start of the championship.

The Executive Chairman of the Local Organising Committee (LOC) of the African Games, Dr Kwaku Ofosu Asare, revealed that his outfit had begun events to select athletes for the African Games.

“Over the past week, we were in Tema for a squash competition and Winneba for a tennis competition to select talents for the games,” he noted.

He disclosed that his team would be in Kumasi to organise a heptathlon and decathlon talent identification and selection programme for the games.

“These team selection events and competitions will be interspersed with road shows in the various regions across the country to create awareness of the games,” he explained.

Dr Asare charged Ghanaians to have a serious attitude towards the games, embrace it and make it a lasting legacy.