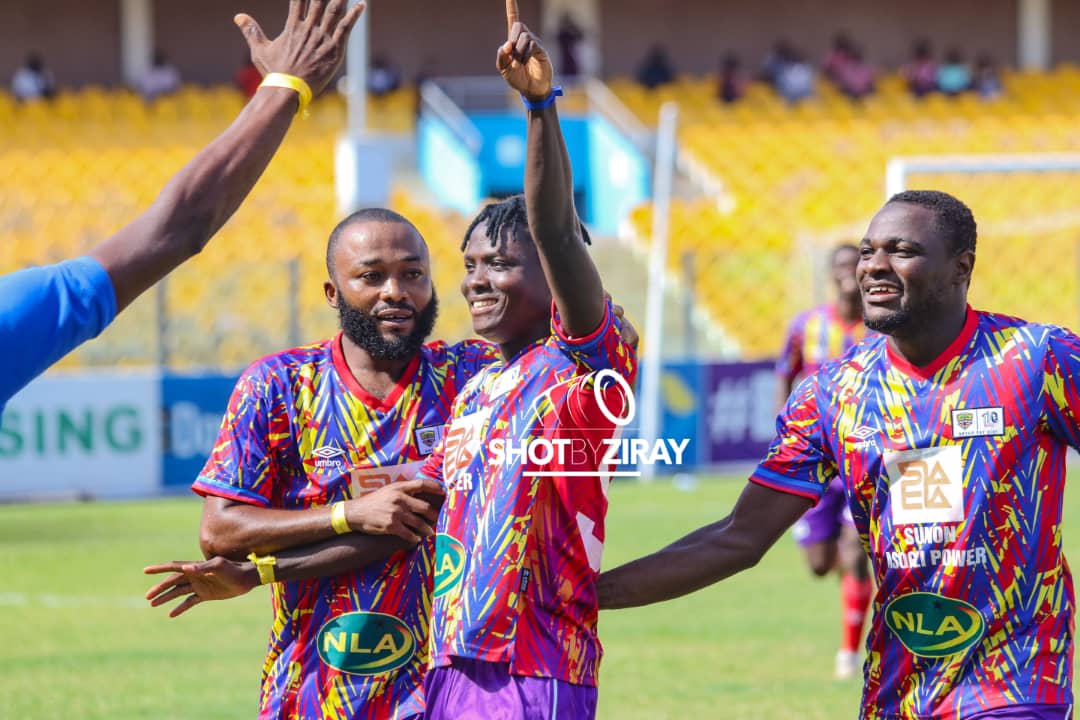 Defending champions, Accra Hearts of Oak moved up to third place in the Ghana Premier League after a narrow victory over Bibiani GoldStars on Wednesday at the Accra Sports Stadium.

The Phobians have had a difficult few days, with several of their players hospitalised due to unknown illnesses.

They could, however, rely on goalkeeper Richard Attah, who is back in action, and experienced duo Sulley Muntari and Samuel Inkoom. One of the more experienced players decided the game in Hearts of Oak’s favour.

Inkoom scored the game-winning goal earlier in the game, giving Hearts their third win in four games and increasing their chances of finishing in the top four.

After 11 minutes, Hearts of Oak were awarded a penalty, which Inkoom calmly converted to give them the lead.

The defeat extends GoldStars’ terrible run away from home. This season, they have gone winless in 15 away games.