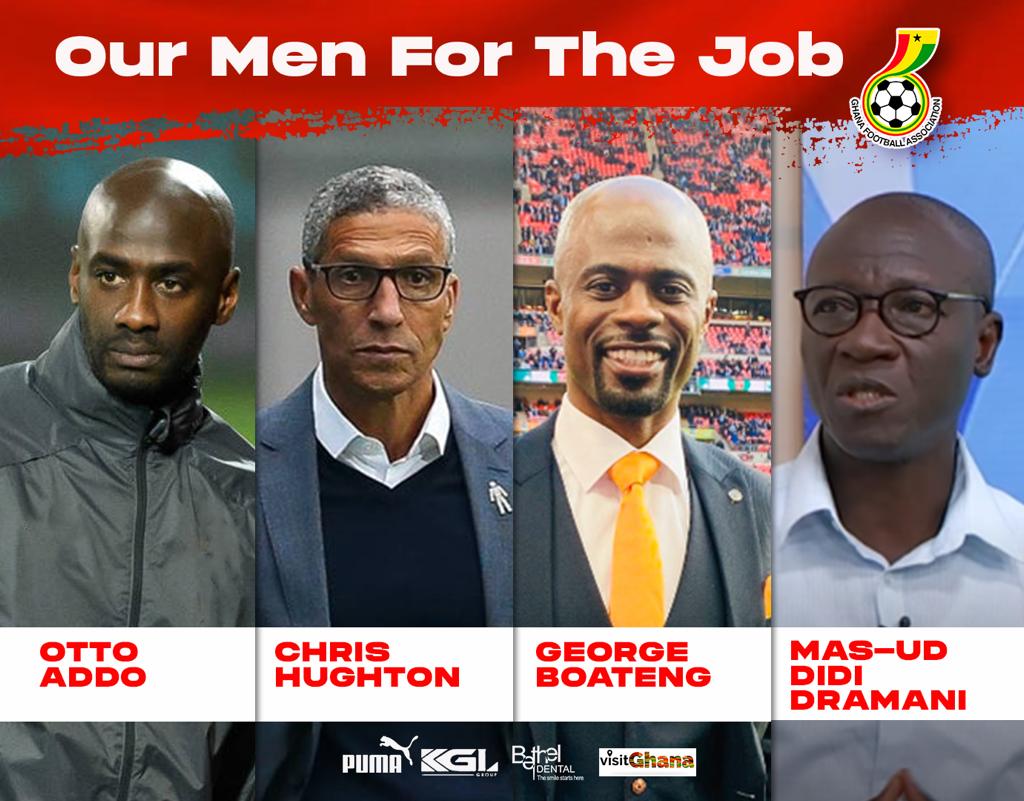 The Ghana Football Association (GFA) have announced that coach Otto Addo will continue as the head of the senior national team, the Black Stars.

In addition, the football governing body in a statement on Tuesday night published that the Germany-trained tactician will be assisted by George Boateng and Didi Dramani.

“The Ghana Football Association has appointed Otto Addo, Chris Hughton, George Boateng, and Mas-Ud Didi Dramani as coaches of the senior national team, the Black Stars until the end of December 2022.

“The quartet who masterminded Ghana’s qualification to the FIFA World Cup Qatar 2022 tournament will stay on to see to Ghana’s preparation to the world cup, the 2023 AFCON qualifiers and the world cup itself,” a statement from the Ghana FA said on Tuesday night.

It adds, “This follows an exhaustive negotiation and engagement with all relevant stakeholders including the Ministry of Youth and Sports.

“The Coaches will soon name their squad for Matchday 1 and 2 of the TotalEnergies Africa Cup of Nation Cote D’lvoire 2023 qualifiers and the four-nation tournament in Japan.”