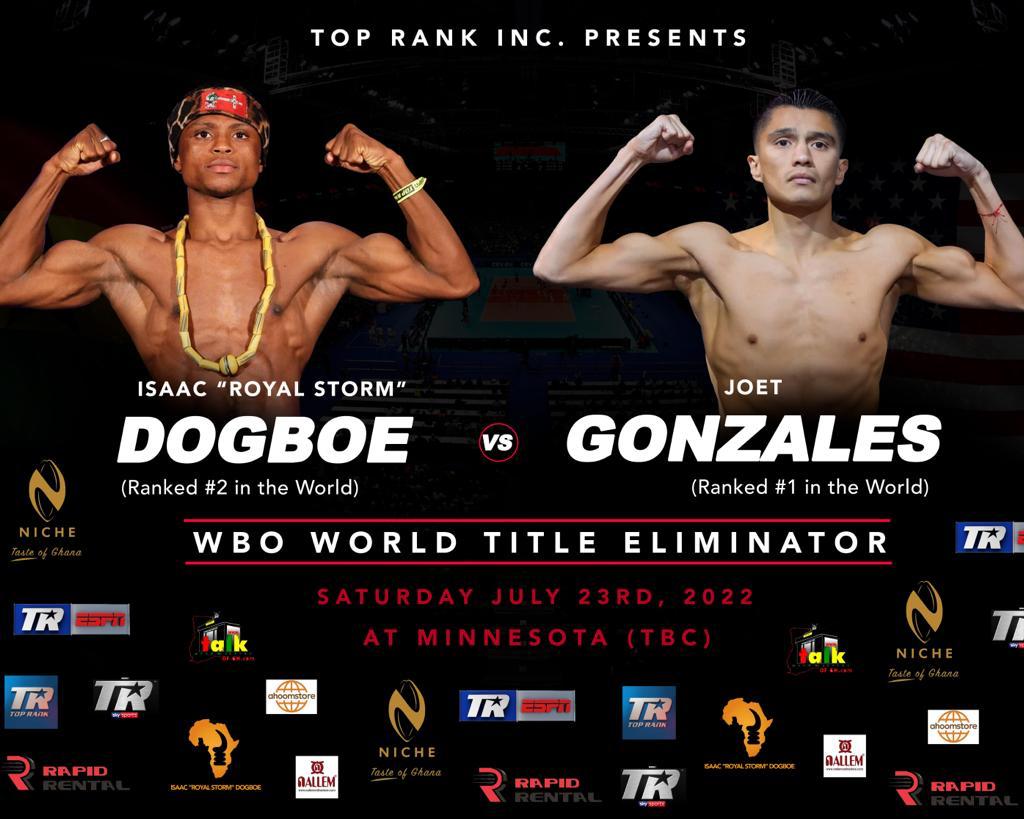 The upgrade came about after Top Rank decided to relocate its originally scheduled main event between former titlists Jose Pedraza and Richard Commey to an August 27 show on an ESPN platform.

Confirming the upgrade, Ghana’s former WBO 122 pound champion Dogboe announced on Twitter on Wednesday that his upcoming bout has been moved as the main event of the July 23 card.

Gonzalez (25-2, 15KOs) comes into the fight on the back of a ninth-round stoppage of Jeo Santisima on March 4 in Fresno, California.

Dogboe (23-2, 15KOs) will fight for the first time in 2022. The former WBO junior featherweight titlist was due to return to the ring on May 21 as part of the Tevin Farmer-Mickey Bey independent pay-view-show originally scheduled to take place in Accra.

Dogboe — who is trained by Barry Hunter — was pulled from the show once it relocated to Dubai, though the event was eventually canceled outright.

The fight with Gonzalez comes on a back of a three-fight winning streak since moving up to featherweight following consecutive title fight losses to Navarrete.