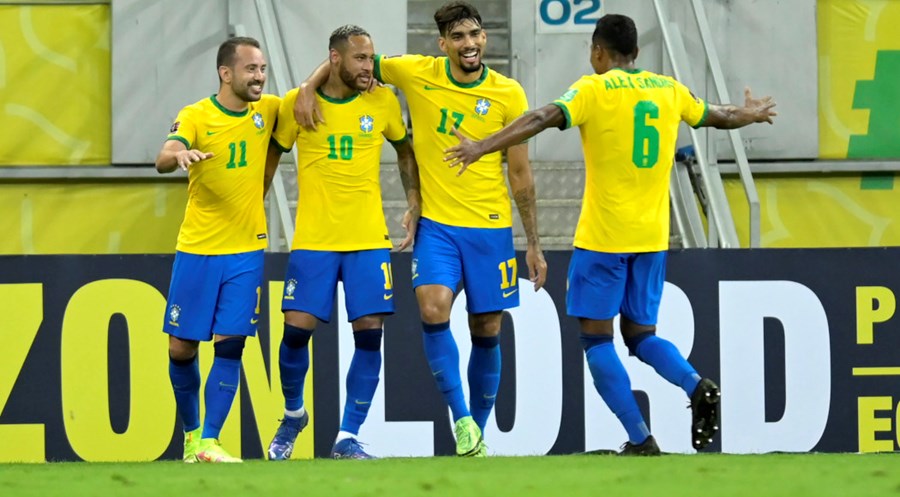 Between the final qualifiers for the FIFA World Cup Qatar 2022™, the UEFA and Concacaf Nations Leagues fixtures, the qualifiers for continental championships in Asia and Africa, and a host of friendly matches, there has been no shortage of international football since the last edition of the FIFA/Coca-Cola Ranking in March.

A total of 280 international fixtures took place during this period with significant ramifications in the Ranking: of the 211 countries listed in the global standings, 177 experienced movement.

Three months after taking top spot in the FIFA/Coca-Cola Ranking from Belgium (2nd, -), Brazil (1st, -) have widened the gap on their nearest pursuer. Argentina (3rd, plus 1) take the last of the podium places at the expense of France (4th, minus 1), who have paid the price for four games without a win in the UEFA Nations League.

The next FIFA/Coca-Cola World Ranking will be published on 25 August 2022.

Leader Brazil (unchanged)
Moves into top 10 Denmark (10, plus 1)
Moves out of top 10 Mexico (12, minus 3)
Matches played in total 280
Most matches played Mexico, St. Vincent and the Grenadines (6 each)
Biggest move by points Kazakhstan (plus 31.51)
Biggest move by places Kazakhstan (plus 11 places)
Biggest drop by points Myanmar (minus 32.65)
Biggest drop by places Egypt and Nepal (minus 8 places)
Newly ranked teams None
Teams that are no longer ranked None
Inactive teams that are no longer ranked None