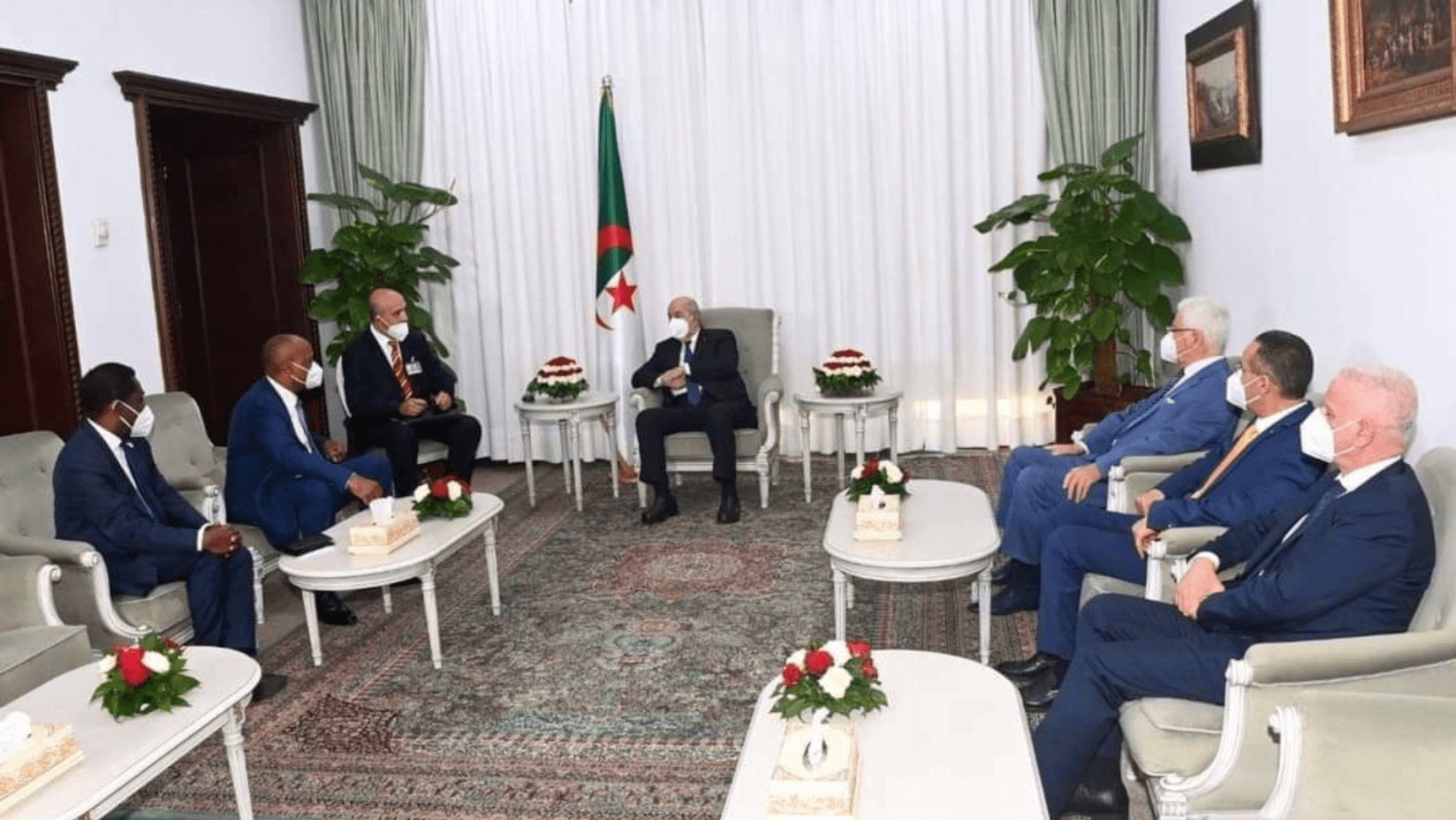 Dr Motsepe also had meetings with Presidents Mrs. Sahle-Work Zewde of Ethiopia, Mr. Salva Kiir Mayardit of South Sudan, Mr. Yoweri Museveni of Uganda and Mr. Wavel Ramkalawan of Seychelles to thank them for their cooperation and support in the development and growth of football in their countries.

During his five-country visit, President Motsepe had constructive meetings with representatives of the private sector and encouraged them to sponsor and partner with the football federations and leagues.

The meeting with the President of Algeria, Mr. Abdelmadjid Tebboune was very successful and focused on the upcoming TotalEnergies African Nations Championship (“CHAN”) Algeria 2022 and expanding the cooperation between CAF, the Fédération Algérienne de Football (“FAF”) and the Algerian Government.

The CAF President was hosted by the football Presidents of Ethiopia, Mr. Isayas Jira Bosho, South Sudan, Mr. Augustino Maduot, Uganda, Mr. Moses Magogo, Seychelles, Mr. Elvis Chetty, Algeria, Mr. Djahid Zefizef and was accompanied by the CAF 4th Vice-President, Seidou Mbombo Njoya, the CAF General Secretary, Mr. Véron Mosengo-Omba, the President of Tanzania Football Federation, Mr. Wallace Karia, and the President of the Libyan Football Federation, Mr. Abdelhakim Al-Shalmani during parts of his visits. He inspected the football infrastructure and facilities in these countries and was exposed to plans and projects which are aimed at improving and uplifting them.

In Algeria, Dr Motsepe visited the Douéra Sportpark Stadium and the Baraki Stadium where the opening and final matches of the TotalEnergies CHAN Algeria 2022 will be played.