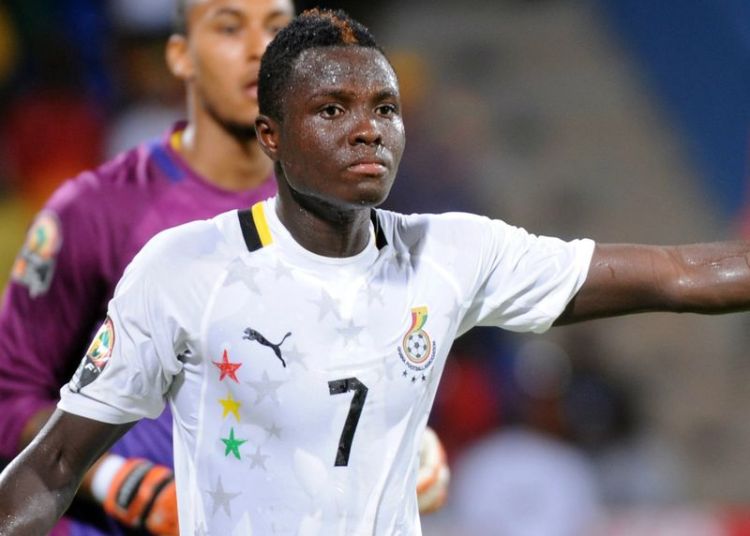 Former Ghana international and Nsoatreman FC head coach Mohammed Gargo has dug his head into the grounds gaining calls on the technical handlers of the Black Stars to extend invitation to Accra Hearts of Oak right back Samuel Inkoom to the team, judging from his exploits for the FA Cup champions in the just ended 2021/22 Ghana Premier League (GPL) season.

Inkoom joined Hearts of Oak in April this year on a free transfer after ending his short spell with Georgian side Torpedo Kutaisi. The former Asante Kotoko, FC Basel star took the domestic game fan base by storm as he featured in 11 matches in all competitions, helping the club to win their 12th FA Cup title after defeating Bechem United 2-1 in the final.

Having won the GPL with Asante Kotoko in 2008 before moving abroad, Inkoom demonstrated high quality in his performance in the latter stages for Hearts, scoring two goals in the league and an assist in the FA Cup final for Caleb Amankwah for Hearts of Oak’s equalier in the first half.

As Ghana prepare for the 2022 FIFA World Cup final in Qatar in November this year, there have been several advocates in the local media for the 2009 FIFA U-20 World Cup winner and 2010, 2015 Africa Cup of Nations finalist to be handed a call up into the Black Stars as many believe, he has proven beyond reasonable doubts in the matches played for Accra Hearts of Oak, that his quality and experience in world football still remains intact.

Latest to opine on the situation is Mohammed Gargo, who buys into the calls with a little bit of a caveat.

“If his performance was good in the eleven matches he played (for Hearts of Oak) then we can include him in the [Black Stars] team,” Mohammed Gargo told ghanasportspage.com in an interview.

The Nsoatreman FC coach admitted however, that he he didn’t have the opportunity to watch any of the matches Inkoom played in the local league in the past season, but if his performance was a good one as the media is describing it then he should be invited into the national team. He indicated, that having played for the Black Stars at the World Cup and other major tournaments in the past, Inkoom still have the experience which other young players cannot buy with money.

“I didn’t get the chance to watch any of the eleven matches he played [for Hearts of Oak] so if what the media is saying about his performance is the case then we have to add him to the team because he experience will help us. Introducing him in the games for 25 or 30 minutes I believe he will help with his experience and quality,” he said.