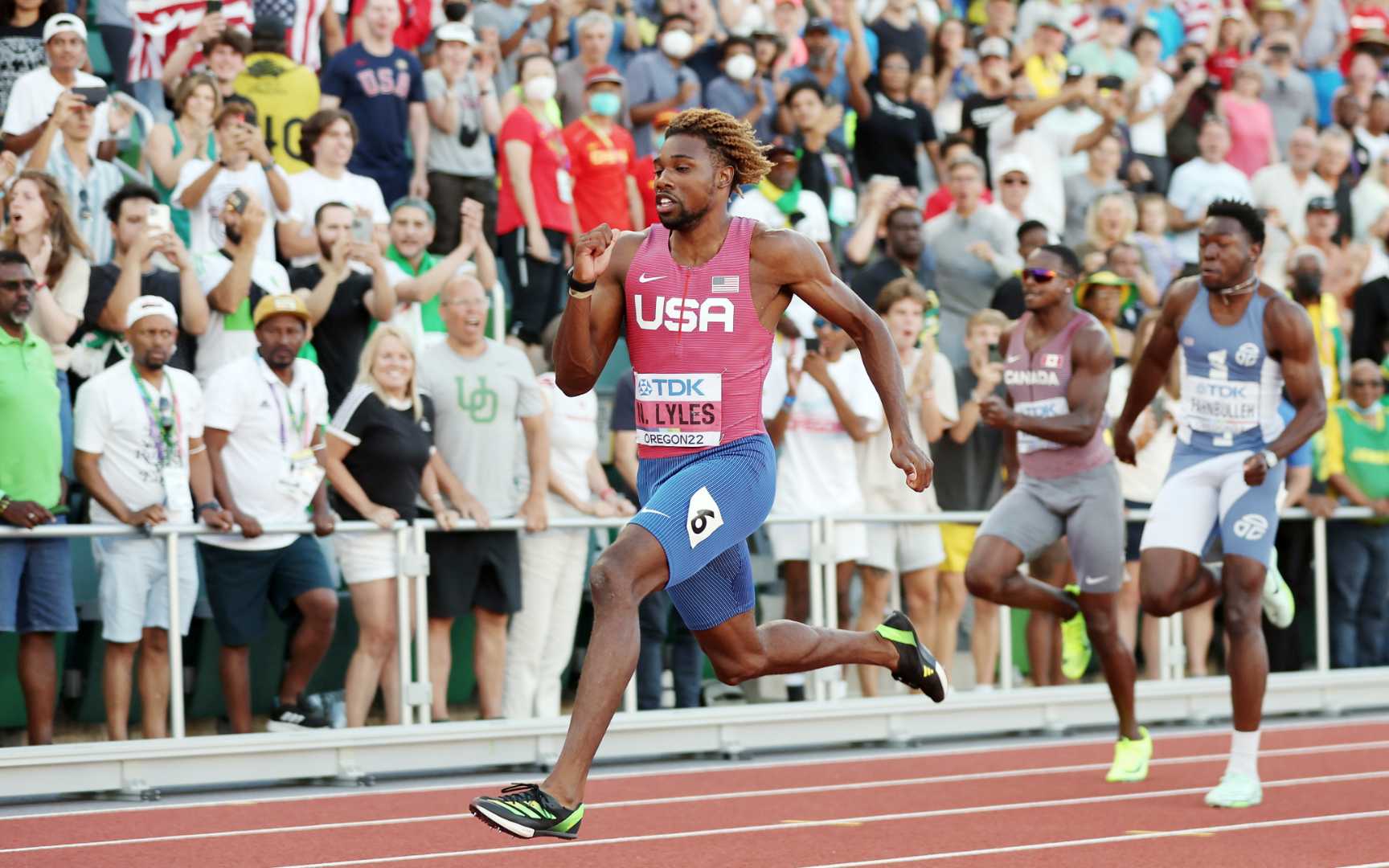 After Noah Lyles crossed the finish line, he spoke to the clock nearby, which at the time read 19.32. “I was telling it to give me some slack,” said Lyles, who actually clocked 19.31, a world-leading time and American record. “Come on, change that” he told the clock and it was eventually corrected.

Lyles put on a stupendous show in the presence of his family to beat the national record mark of 19.32 set by Michael Johnson at the Atlanta 1996 Olympics and claim his second consecutive world title. Hayward Field erupted. Lyles tore his uniform, fell to his knees to pray and then hugged members of his family who cheered for him from the stands.

“My family is my support. We support each other in everything that we do. It doesn’t mean what.” Lyles’ mother, stepdad, sister, brother, stepmom, uncle, and grandma were at Hayward Field to watch him run.

Lyles ran the 3rd fastest time in history. And became only the third man to defend his world championship title after Usain Bolt and Calvin Smith.

“I think it’s a Hayward Magic… everybody standing on their feet, screaming out every name, watching not only the Americans but everyone competing. Knowing that they will see something amazing and then it happening.”

For Lyles who overcame depression thanks to hard work on his mental health with psychology, this achievement is really magic. As the athlete said, he feels that this year will be one the best in his life. He definitely wants to break Usain Bolt’s record.

Noah Lyles, Olympic bronze medallist and now two-time world champion. A man of many-sides, who likes drawing, customizes shoes and has own Youtube channel. People won’t stop asking this question: “Are you the next Usain Bolt?”
“I’m the next Noah Lyles.”

This athlete celebrated his 25th when he won the semi-final with the fastest time ever, but when he was younger – he feared growing- up and being responsible for something. Now it seems he is enough adult to inspire millions of people, win medals and beat records.

Another kind of Hayward Field magic as Noah said, was that the US swept in 200m, just as it happened at 100 meters.

Silver went to the Kenneth Bednarek, while Erriyon Knighton earned the bronze medal. The 18-year-old Knighton became the youngest medallist in World Championship ever.  He couldn’t do a rematch of his last 200m race with Noah. Lyles overtook him at the USA Track & Field Outdoor Championships which took place at the Hayward Field as well.

“It feels good. To be so young and be on the podium. There’s more to come. I can’t complain. I am only 18 and have some time to get in the weight room. I really don’t lift weights like that at all. Noah Lyles told me I will be one of the greatest in the sport. It feels good coming from him”.

Definitely, Knighton is a phenomenal sprinter. His coach predicts that he can run 19.18 or faster — a world record — later in 2024.