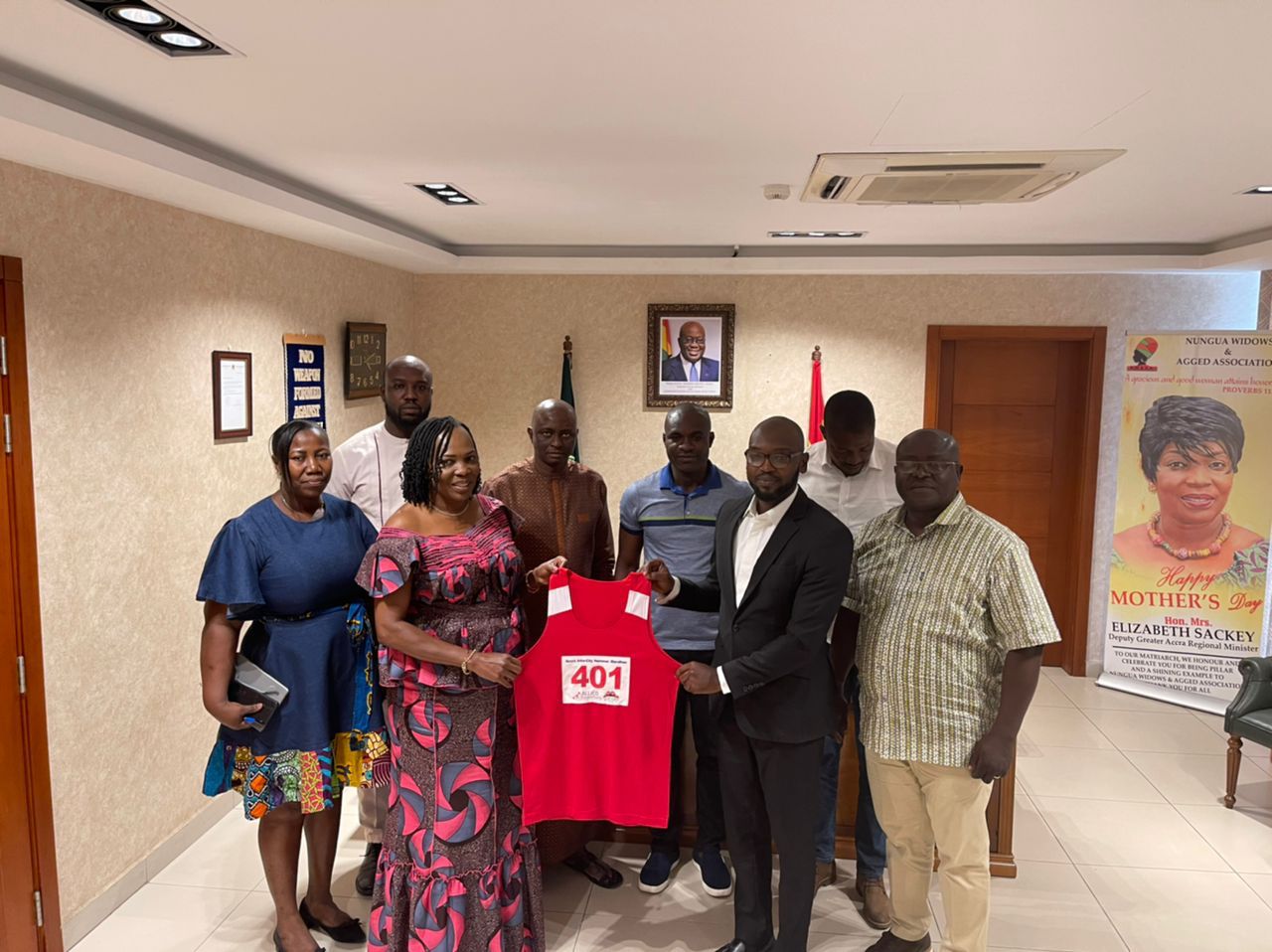 This was after the members of the planning committee of the first ever race in Accra paid a courtesy call on Madam Elizabeth K.T. Sackey, Chief Executive Officer of the AMA at her office in Accra, last week.

The team also presented a running vest to the AMA CEO as a symbol of invitation to participate in the race.

Mrs. Sackey was excited with the concept and commended the organisers for the initiative, adding that this should be an annual event to put the metropolis on the sports map each year.

She quickly put in place a four-member committee headed by the Director of Planning of the AMA, with support from the Public Relations Officer of AMA and others, to see to the smooth organisation of the event.

Mrs. Sackey said the committee must work hand-in-hand with officials of Medivents Consult – the organisers of the 21-Kilometer race, which forms part of activities making the annual Ga Homowo festival to ensure success.

Mr. Henri Senyo Penni – General Manager of Medivents Consult expressed appreciation to AMA and its leadership for the support.

He said plans were in place to ensure an incident free race and also honour all outstanding athletes at the end of the day.

The race will start from Spintex Road (Papaye) at 6:00am and end at Mantse Agbona in Jamestown.