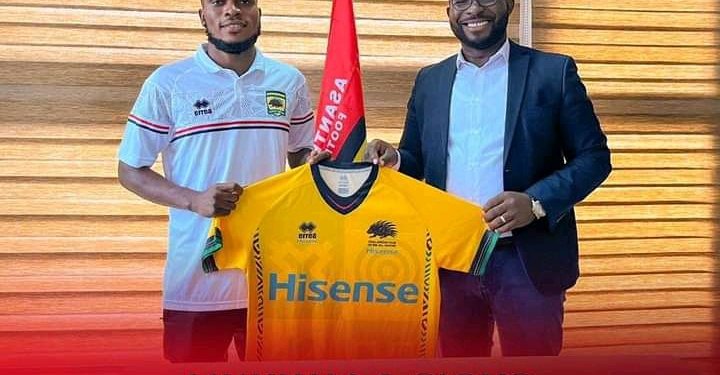 Ghana champions, Kumasi Asante Kotoko have announced the signing of Ugandan striker, Steven Mukwala ahead of the new season.

The former Uganda Premier League top scorer has been a top target for the Porcupine Warriors for the past two seasons and has finally signed for the Ghanaian giants.

Kotoko returned to the negotiations table with the goal scoring machine as they search for a quality striker to replace Cameroonian striker, Franck Mbella Etouga who is expected to leave the club before the 2022-23 season begins.

Mukwala sealed his transfer to the Porcupine Warriors on Wednesday after signing a two-year contract on a free transfer.

“The Ugandan joins us on a free transfer for a period of two years with an option to extend for a further year,” a statement from the club indicated.