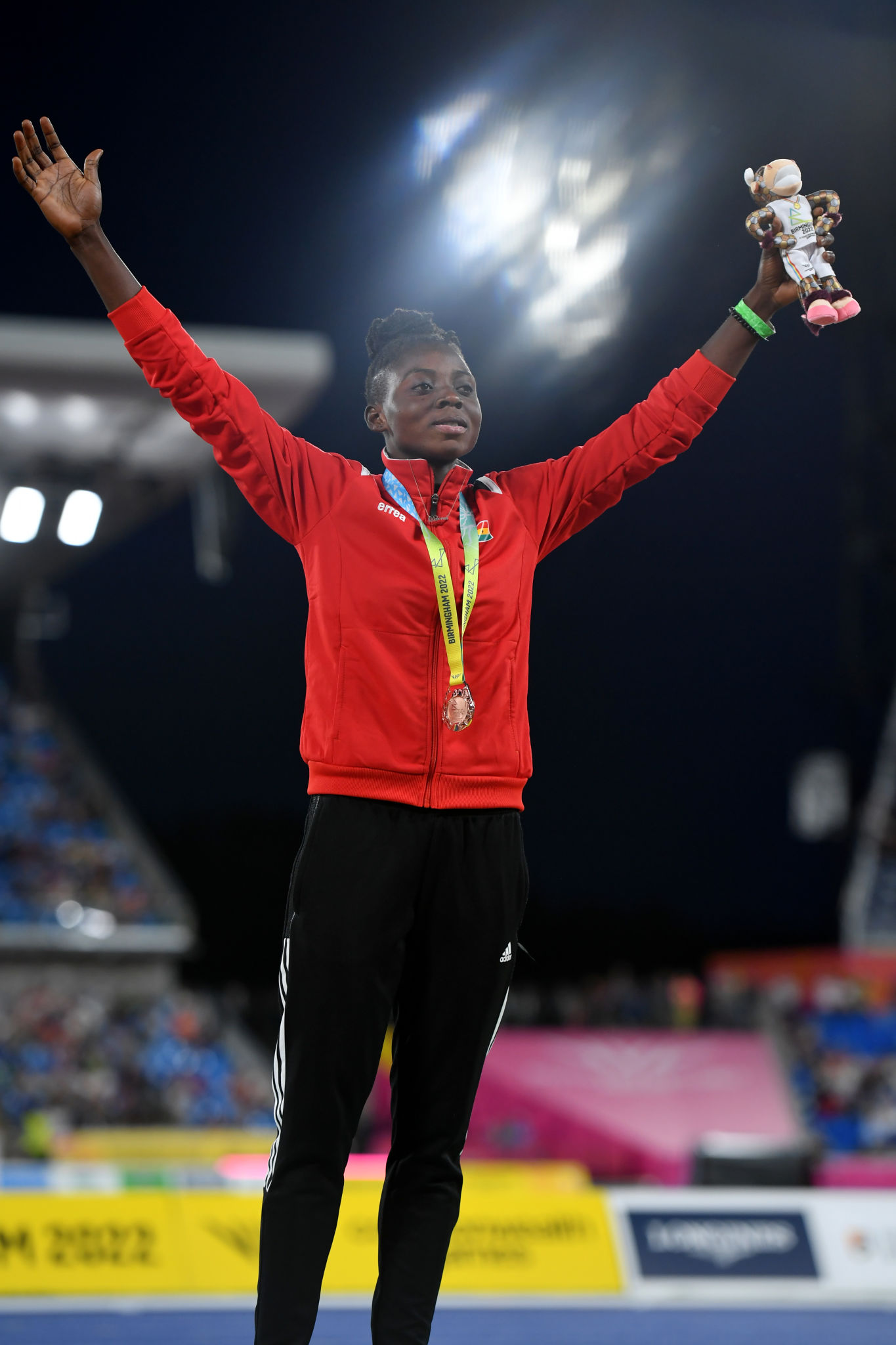 Long jumper Deborah Acquah recorded Ghana’s fifth and final medal at the 2022 Commonwealth Games in Birmingham after coming in third with a leap of 6.94m in the final on Sunday.

Acquah, who holds the national record in long jump, came behind Australia’s Brooke Buschkuehl (silver) and Nigeria’s Ese Brume, who recorded a leap of 6.99m to win gold.

Her leap of 6.94 metres was a new national record, obliterating her previous mark of 6.89 metres set on April 4 at the Texas Dual Meet, which made her the seventh-best collegian of all time.

A student of Texas A&M University, she had missed out on the final of the women’s long jump event at the World Athletics Championships in Oregon last month, but booked a final spot in Birmingham despite her late arrival.

US-based Aquah received her UK visa only 48 hours before her scheduled event at the games last Friday but she still managed to top her qualifying group with a leap of 6.85m.

The bronze medal-winning feat makes her the first Ghanaian woman in history to win a long jump medal at the Commonwealth games.