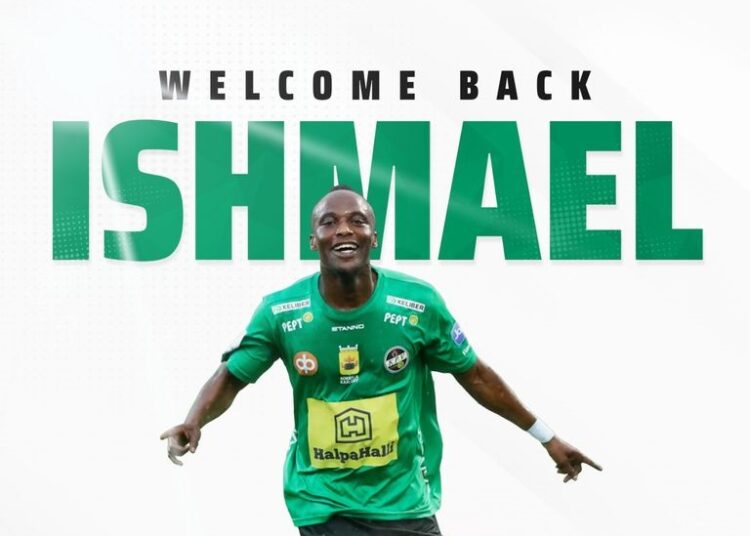 Ex-Ghana U17 international Ishmael Yartey has returned to the Finnish side KPV Kokkola on a short-term deal, the club has announced.

Yartey, 32, joins the club as a free agent after leaving the Middle East side Al Hidd Club where he won an FA Cup silver medal at the club.

The former Sochaux and Benfica attacker spent a half season at the Kokkolan Keskuskenttä in the 2019/20 season where he netted 6 times in 11 games.

Furthermore, he won a number of MVP awards in the almost a dozen games he played for the club.

KVP are battling for a ticket to return to the Veikkausliiga, the top-flight league, and are currently sitting in a promotion play-off berth on the 12-club league table.

Manager Christian Sund is convinced about the quality and experience of the ex-Liberty Professionals and Swedru All Blacks player and believes he would contribute importantly to their promotion campaign.