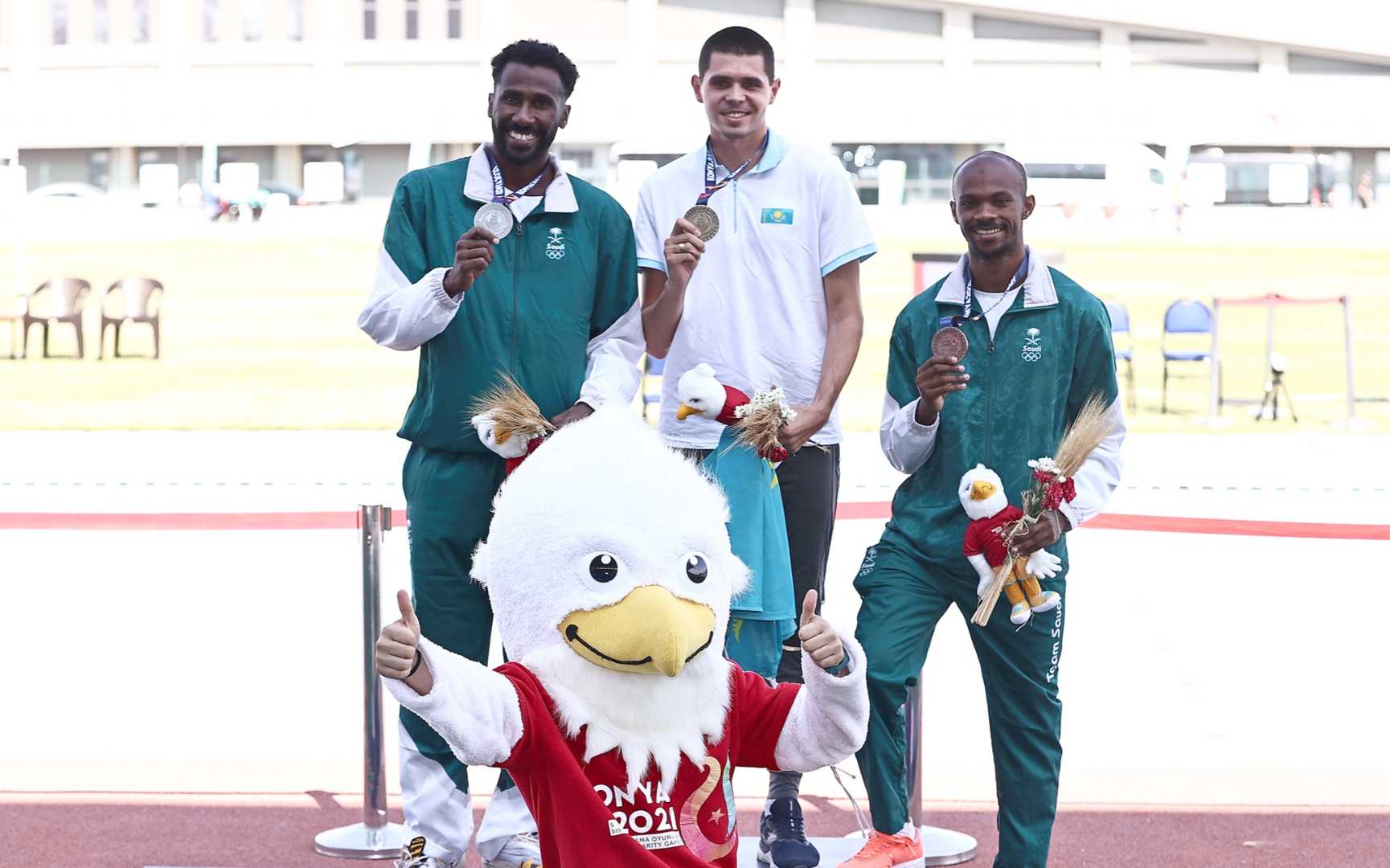 KONYA, August 2022 – The audience was emotional after seeing all three winners of the Men’s 400m at Konya Athletics Field catching tears of happiness at the finish line. Kazakh Mikhail Litvin finished first clocking 45.36s, Saudi Yousef Masrahi finished second clocking 45.80s, and his Saudi teammate Mazen Alyaseen finished third clocking 45.95s, the crowds were humming with cheers at the main straight, all three of them have incredible stories behind their tears.

MIKHAIL LITVIN The 26-year-old Kazakh sprinter, specialized in the 400m didn’t see it coming, the double Asian Games medalist and FISU World University Games Silver medalist was thrilled and in tears when he crossed the finish line, his 44.94s score in Konya beats his last 400m race result in Eugene, Oregon 2022 World Athletics Championships held on July 20, 2022, where he clocked 45.63s making Konya his all-time personal best and the first gold medal in wide international championships.

Mikhail was feeling proud and happy saying: “All my training and preparation was poured into my performance in this race, this feels like a dream to me… But I am not done yet, I hope to perform well in the next Asian Games and hopefully Worlds ” during an interview with AIPS as he was wiping tears off his face with the flag of Kazakhstan decorating his shoulders.

Right after he finished the race, he was hugging his teammates on track while looking at the scoreboard, as soon as he saw the official score he launched in celebration around the track with his coach in front of the fans.

YOUSEF MASRAHI The 34-year-old Saudi 400m silver medalist in Konya was very emotional after his race after suspension for over 4-years, the Asian record holder, 43.93 in Beijing 2015 World Championships, and the first Saudi gold medalist in the Diamond League is one of the best mid-distance sprinters in Saudi Arabia, as soon as Yousef passed the finished line he was already in tears, hugging his coach saying thank you multiple times. It was an emotional moment showing great sportsmanship and coach appreciation.

Masrahi was cheering “The king is back!” in the mixed zone in celebration of his strong comeback from suspension, in June 15, 2016, he was suspended after testing positive for doping, according to the Saudi Anti-Doping Control Committee announcement, his first and second testing sample were positive in Salt Lake City as he was preparing to win a medal in Rio de Janeiro 2016 Olympics.

MAZEN AL-YASEEN The 26-year-old Saudi 400m sprinter clocked third in Konya’s 400m race clocking 45.80, Mazen worked very hard on preparation for the Islamic Solidarity Games, he had a period of drought in achievements since early 2019, winning this bronze medal meant a lot him, he started catching tears after he crossed the finish line hugging his teammate Yousef, and after his coach, he was feeling very thankful for his coach, even kissed his hand soon before he collapsed on the floor from too many emotions.