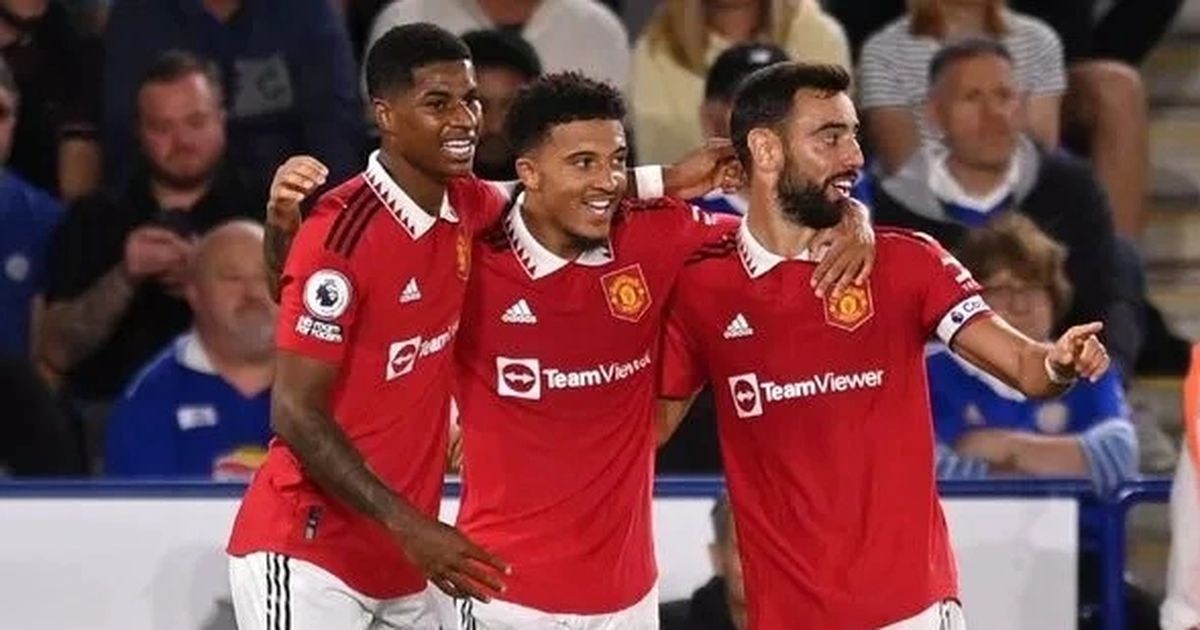 Erik ten Hag is delighted by the fight shown by his Manchester United side, as we picked up another three points away from home, at Leicester.

The Reds put the work in to beat Leicester 1-0 thanks to a Jadon Sancho goal, earning a second consecutive clean sheet on the road.

Ten Hag was particularly impressed with how the players on the pitch worked for one another throughout the 90 minutes.

“Again [we had] good team spirit, we had 11 players on the pitch who fight for each other,” he said post-match.

“I’m happy with the clean sheet. When our 11 are on the pitch, we defend together and attack together.”

But the Dutchman did not shy away from the need for improvements as we continue to grow into the season.

Despite labelling tonight a ‘step forward’, Ten Hag also believes there is “room for improvement, but that’s normal [at the] start of the season.”

On the hour mark we began to see changes being made, with Casemiro being introduced, followed by Ronaldo shortly after.

The manager alluded to both featuring further as they build their fitness and we move further into a busy September, with Europa League action also on the horizon.

“Once Casemiro and Ronnie [Cristiano Ronaldo] get fitter and fitter, we will [have] more contributions to give to the team,” he said.

Today it was confirmed that United will be adding Brazilian Antony to that squad, with ten Hag teasing that he could be in contention to face Arsenal at the weekend.

“We have to see. Today he did his first training, individual, and then we have two team sessions and we will see for Sunday.”