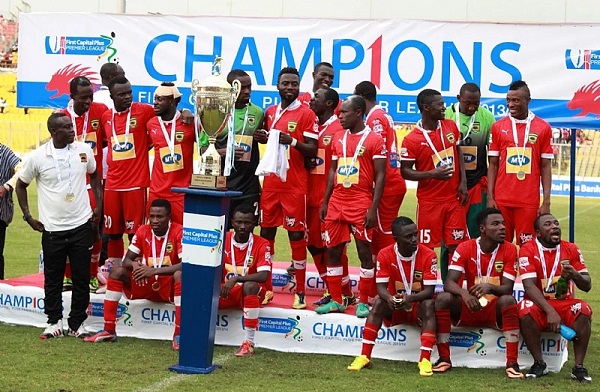 Kumasi Asante Kotoko will open their CAF Champions League campaign on Friday when they travel to the Stade Yamoussoukro in Cote d’Ivoire to face Rail Club du Kadiogo in a preliminary round first leg encounter.

The match was shifted to Yamoussoukro because Kadiogo’s home venue – Stade de Kadiogo in Ouagadougou – failed to meet CAF’s requirements.

The Porcupine Warriors are making a return to the continental stage after missing out on last season’s competition to rivals Hearts of Oak.

Kotoko seem to have a tough task against old foes, Rail Club du Kadiogo, even on neutral grounds ahead of the return leg at the Baba Yara Stadium a week later.

However, Kotoko’s advantage would be the presence of their new head coach, Seydou Zerbo, who is a Burkinabe.

Coach Zerbo is expected to capitalise on the knowledge he has of RC Kadiogo to give Kotoko a headstart. But that might not be an easy task since he needs more time to fit into the shoes of Prosper Narteh Ogum, who vacated his post after winning the Ghana Premier League title.

On the other hand, RC Kadiogo will be making their second appearance in the CAF Champions League after reaching the second round in 2006.

The Burkinabe Premier League champions are desperate to make a mark in Africa after a long absence in the competition and will, therefore, throw everything into this tie.