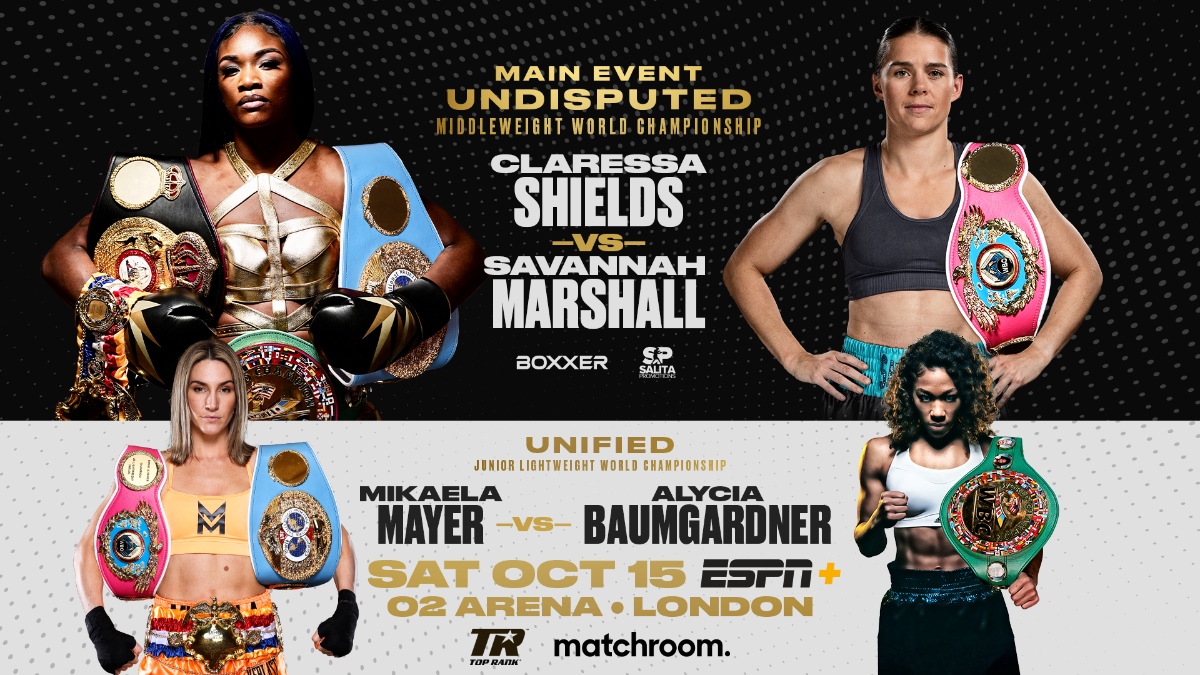 Unfinished business will finally be settled as the most anticipated female fight of all-time has officially been rescheduled for Saturday, Oct. 15.

Having been postponed by the British Boxing Board of Control due to the passing of Her Majesty Queen Elizabeth II last week, the long-awaited BOXXER: LEGACY – Shields vs Marshall clash will now take place in just over four weeks’ time at The O2 in London.

The headline bout – broadcast live and exclusively in the UK & Ireland on Sky Sports – will see bitter rivals Claressa ‘GWOAT’ Shields and Savannah ‘The Silent Assassin’ Marshall collide for the undisputed middleweight championship of the world, concluding their decade-long feud.

All tickets purchased for the original September date remain valid for the new October 15 date and ticket holders do not need to take any action or obtain new tickets to attend the event.

The last remaining tickets – priced at just £25 – are available to purchase now via boxxer.com. Tickets in every other price bracket are now sold out.

In association with Top Rank and Matchroom Boxing, WBO/IBF/Ring Magazine champion Mikaela Mayer and WBC champion Alycia Baumgardner will clash in a junior lightweight title unification grudge match. Shields-Marshall and Mayer-Baumgardner will be among the bouts streaming live and exclusively in the U.S. on ESPN+.

In what will be an iconic night of celebration for women’s boxing, the full undercard for the first-ever all-female card televised in Britain remains the same.

Team GB’s Tokyo 2020 Olympic gold medal hero Lauren Price competes, alongside fellow Team GB favorites Karriss Artingstall and Caroline Dubois, who will all look to light up the capital on what promises to be a special evening for the sport.