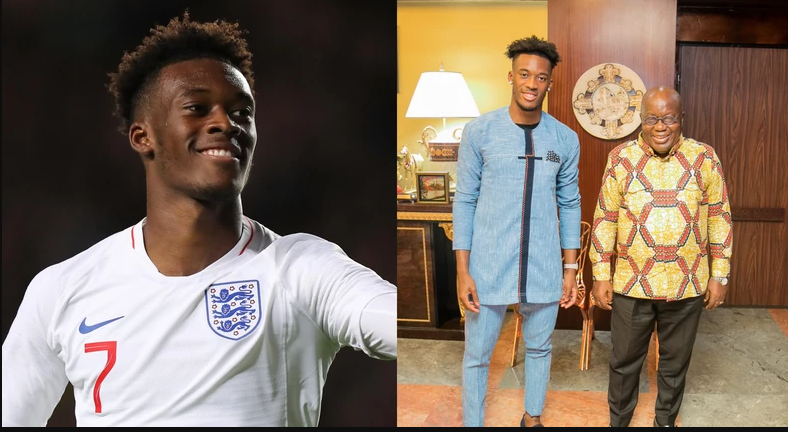 England-born Callum Hudson-Odoi has been included in Ghana’s 55-man provisional squad ahead of the Qatar 2022 World Cup.

Black Stars coach Otto Addo is said to have included the 21-year-old in his squad as he prepares to name his final squad for the tournament.

Hudson-Odoi has been a target of the Ghana Football Association (GFA) for some time now over a nationality switch to play for the Black Stars.

The on-loan Bayern Leverkusen star arrived in Ghana earlier in June and spent a week fraternising with the locals and meeting some key people.

He has Ghanaian parents and his father, Bismark Odoi, played for Ghana Premier League giants Hearts of Oak in the 90s before relocating to England.

While in Ghana, he paid a courtesy call on President Nana Akufo-Addo at the Jubilee House, where the possibility of a nationality switch was discussed.

He also met with the Sports Minister, Mustapha Ussif, and the President of the GFA, Kurt Okraku to discuss the same issue.

Despite already playing three times for England, a change to FIFA’s eligibility rules means he can still switch to Ghana in late 2022.

Hudson-Odoi hasn’t played for the Three Lions in a long while and rejected a call-up after being relegated to England’s U-21s last year.

Meanwhile, all 29 players who were invited for Ghana’s international friendlies against Brazil and Nicaragua in September have also been included in the provisional squad.