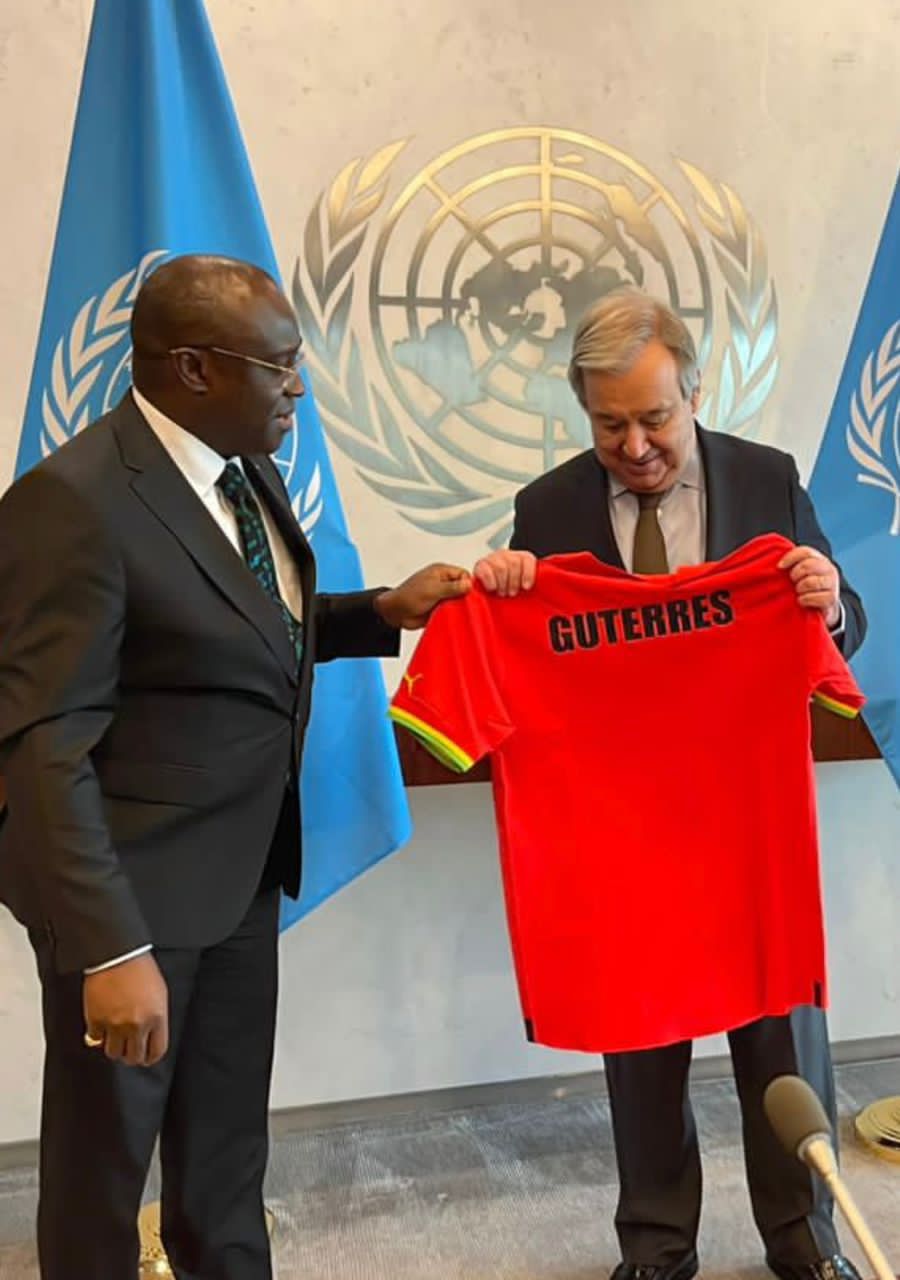 Ghana presented a customised Black Stars shirt to the UN Secretary General, Antonio Guterres at the UN headquarters on Friday on the sidelines of Security Council meetings where Ghana is President for the month of November.

Ghana’s Presidency coincides with the start of the Qatar World Cup in which the Black Stars play in Group H with Mr. Guterres’ country, Portugal, on November 24.

“This jersey is a gift from President Akufo-Addo. I’m sure the value will go up when we win the World Cup,” Ghana’s Permanent Representative at the UN, Harold Agyeman told Mr. Guterres amid laughter.

In response, the Secretary-General said “the color of the jersey is just like that of (Portuguese club) Benfica, the team I support.”

Mr. Guterres told his staff to keep the shirt securely in case Ghana did, in fact, win the World Cup.

He was also presented with a wood and glass-framed shirt in white, autographed by the Black Stars players.

President Akufo-Addo is due to address the Security Council on November 10.

Ghana is using its two-year term on the council, which began in January this year, to bring the world’s attention to the root causes of insecurity in Africa, especially in the Sahel and West Africa, and press for innovations in peace-keeping mandates.