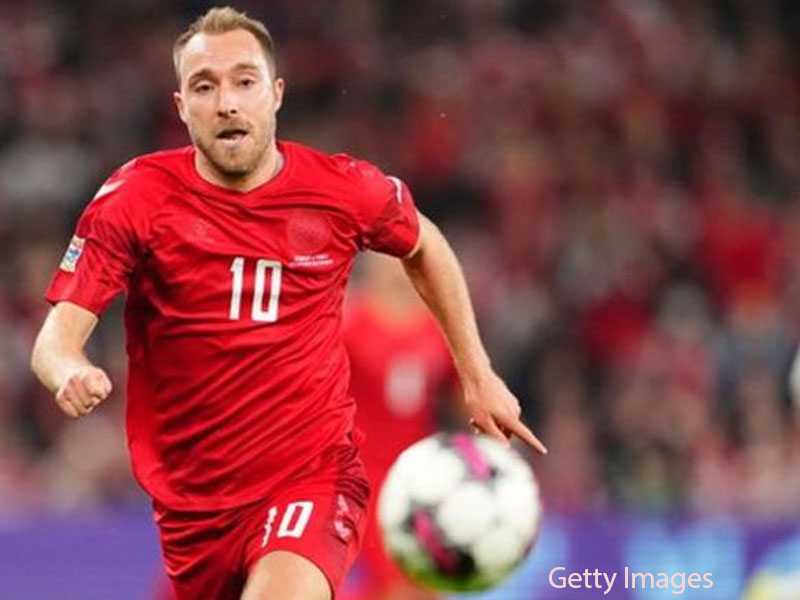 Manchester United midfielder Christian Eriksen has been named in Denmark’s preliminary squad for the Fifa World Cup in Qatar.

Eriksen, 30, collapsed during their Euro 2020 game against Finland last year and had life-saving treatment on the pitch.

Denmark have named 21 players of the 26-man squad and will reveal the final five following the last round of European fixtures.

They take on Tunisia on 22 November.

The final squad must be delivered to FIFA by 13 November, before the tournament starts on 20 November.

“Many things can happen,” said Denmark manager Kasper Hjulmand. “It’s unsolvable, but it’s the right way to do it – there are two games left for many of our players, and that can easily change things.”

“There are 10 or 12 players still in contention for the last five spots.”

In January, he said it was “a goal, a dream” to play for his country again in front of their home crowd at Parken Stadium and at this year’s World Cup.

Eriksen joined Brentford on a six-month deal at the start of the year after agreeing to end his contract with Inter Milan prematurely as players with an ICD cannot play in Serie A.

He made his international return in March and scored two minutes after coming on for Denmark in a friendly defeat by the Netherlands, before completing a move to United in the summer on a free transfer.

After facing Tunisia in their opening Group D game, Denmark will play defending champions France on 26 November and Australia on 30 November.