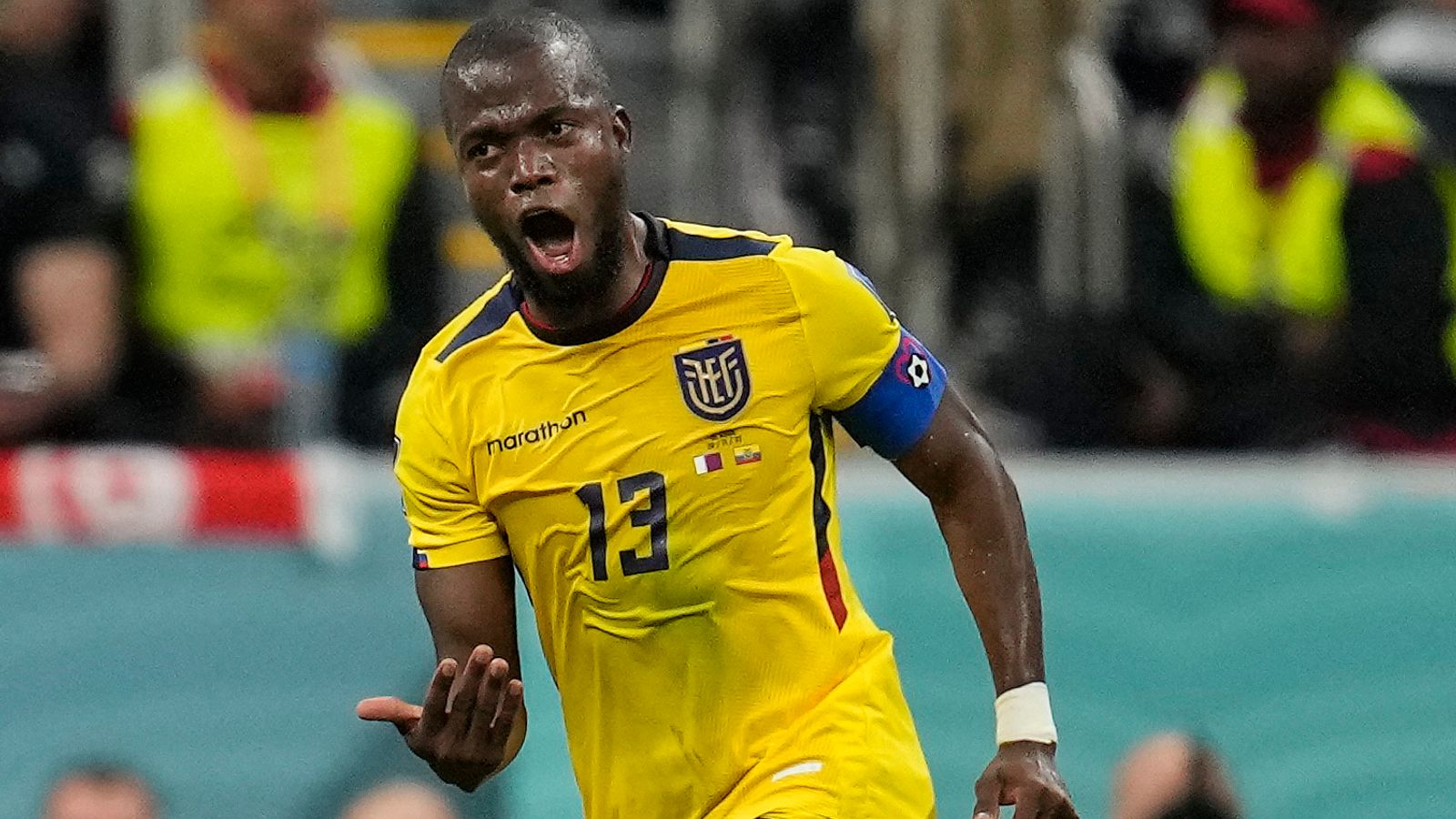 Qatar became the first host nation to lose the opening game of a World Cup as Ecuador kicked off the tournament with a dominant 2-0 victory thanks to Enner Valencia’s double.

After months of controversy leading up to the tournament, focus turned to matters on the pitch as Qatar 2022 began, but there was no respite on the pitch for the hosts as they were comprehensively outplayed throughout their first-ever World Cup match.

Having seen a third-minute header ruled out for offside, Ecuador captain Valencia wrote his name in the history books when he scored the first goal of Qatar 2022 from the penalty spot (16) before he took his tally of World Cup finals goals to five with a brilliant headed second (31).

Ecuador took their foot off the gas in the second half yet Qatar failed to muster any kind of response as Gustavo Alfaro’s side started their World Cup adventure with an assured victory and seventh consecutive clean sheet to move top of Group A.

After an energetic opening ceremony, which featured Hollywood great Morgan Freeman and South Korean popstar Jung Kook, FIFA president Gianni Infantino declared, “let the show begin”, but Qatar could not have got off to a worse start.

Valencia headed Ecuador in front inside three minutes after goalkeeper Saad Al-Sheeb unconvincing punched clearance, only for the goal to be chalked off after a lengthy VAR check spotted an offside which wasn’t initially clear, but the Qatari reprieve was short-lived.

Goalkeeper Al-Sheeb’s hesitance to engage with Valencia as he drove into the area culminated in him recklessly tripping the Ecuador striker, who dusted himself down and nonchalantly stroked in the resulting penalty – the first time a penalty has opened the scoring at a World Cup.

The gulf in class between the two teams was underscored just after the half-hour mark when Valencia stooped to head Angelo Preciado’s cross emphatically into the Qatar net for his and Ecuador’s second.

Valencia’s game looked to have reached a premature end when he hyperextended his knee late in the first half, but he would go on to play another 30, largely uneventful minutes before eventually succumbing to the injury.

Almoez Ali spurned a glorious chance to halve the deficit on the stroke of half-time, glancing Qatar’s only credible chance wide from seven yards, and the hosts were limited to efforts from distance after the break, with shots from Akram Afif and Mohammed Muntari giving Ecuador goalkeeper Hernan Galindez something to think about.

But what the hosts lacked in attack they made up for with a spirited second-half defensive showing which prevented Ecuador from inflicting more embarrassment, though that was not enough for Qatar to avoid setting unwanted World Cup history.

What the managers said…

Ecuador manager Gustavo Alfaro: “It was a great victory. As usual the first match of a World Cup you feel more pressure and tension. We were aware we were going to feel that. We are the youngest team at this World Cup.

“The most important thing was to win. We played the way we wanted. I’m not entirely happy but I am calm enough because we did what we had to do. We need to improve certain things to reach the round of 16.

“Enner [Valencia] will play against the Netherlands, there is no doubt about that.”

“If we want to be competitive, we will need to defend, and be very well organised. When we have possession we would like to be more effective.”

What does the result mean?

Ecuador are now the early leaders in Group A, with Qatar propping up the table behind Senegal and Netherlands, who play on Monday.

Ecuador face Netherlands in their second group game on Friday, November 25, at 4pm, while Qatar host Senegal on the same day at 1pm.

Player of the match – Enner Valencia