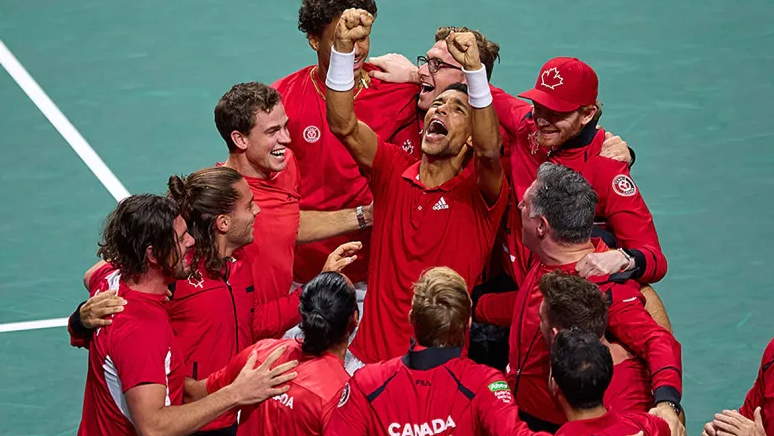 Facing off against Australia in Sunday’s final, Canada captured its first-ever Davis Cup title, the most prestigious prize in men’s tennis.

Unfortunately, not too many people saw it as Sportsnet’s feed cut out during the match’s final moments due to issues with their satellite.

Canada finished second in Group B behind hosts Spain in the Group Stage, but found their footing in the eight-team knockout round.

Canada knocked off Germany 2-1 in Thursday’s quarterfinal, while they took down Italy by the same score on Saturday in order to book their ticket to the final.

Vasek Pospisil and Alexis Galarneau were the other two members of Canada’s Davis Cup team for the Finals, playing primarily in doubles matches throughout the week.

Auger-Aliassime is currently ranked No. 6 under current ATP rankings, while Shapovalov is ranked 18th.

Canada most recently faced off in the Final in 2019, where they fell to Spain in Madrid.

And it appeared the experience paid off for them, despite the loss.

“We knew we had a great team, and that was without Milos [Raonic], so to reach the final was possibly unexpected, but now we really believe in our chances to go one step further,” said Auger-Aliassime back in 2019. “It is great that Denis [Shapovalov] and myself, who are so young in our careers, have been able to play in a final. I truly believe that we have what it takes as a team and as a nation to win that trophy in the years to come.”

It’s been a huge year for Canada on the men’s international tennis scene, having captured the ATP Cup earlier this year with a win over Spain.

Watch out world: Canada truly is a tennis nation.