Hometown hero: Juanacatlan pays tribute to Canelo with a statue 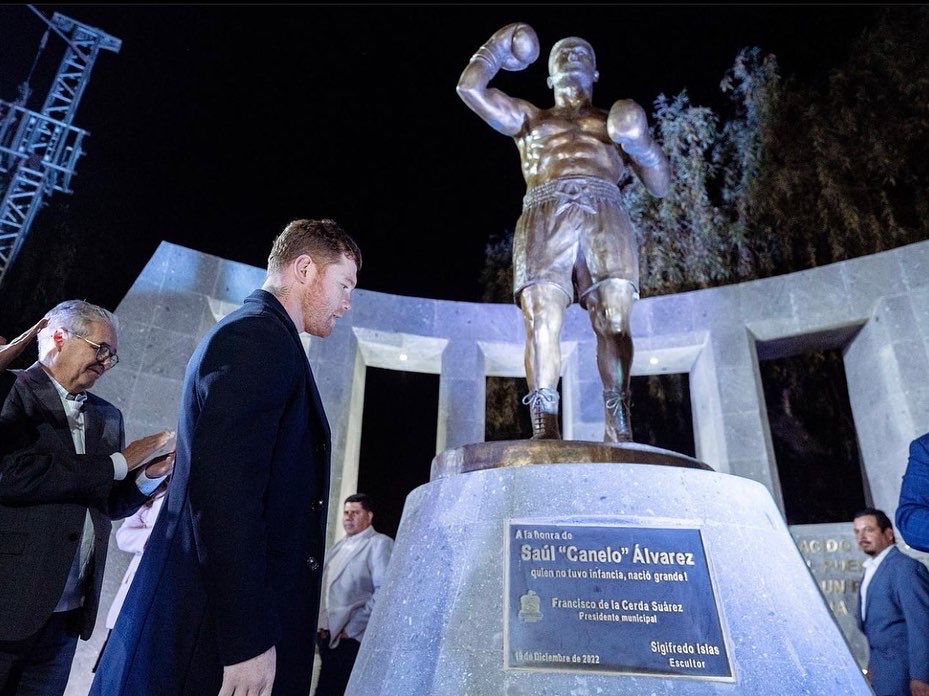 The municipality of Juanacatlan, in Jalisco, unveiled a statue in honor of Saul Alvarez on Tuesday, for his great boxing achievements as well as how he has left high the Mexican people both in and out of the ring.

“Canelo” attended the event in the company of his wife and daughters and was greeted by a large crowd in the place that saw him born, grow and form as a fighter and as a man.

“I see many familiar faces. It makes me very proud that they witness my progress. That little freckled boy who was around here and now has achieved many things. One day I was like you here in Juanacatlan, but with many dreams to move forward, to be someone, and if I did, you can too,” said Alvarez to those present.

The statue is made of bronze  and its base is made of quarry stone and silver weighing half a ton, and is two and a half meter high, is the work of sculptor Sigifredo Islas.

Alvarez is currently in the recovery after surgery to correct an injury to his hand. He is expected to announce his next fight for the month of May in the coming months in defense of his WBA Super Middleweight Super Championship.