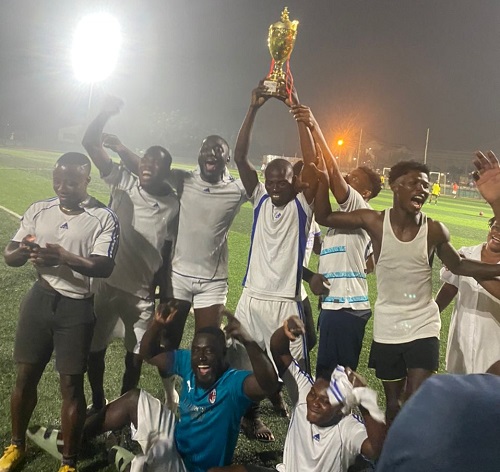 After a thrilling contest that ended 4-4, Jungle Avenue managed to outscore Get Vim by four goals to one on penalties.

Makqash Abrantie, the organizer of the match thanked all who contributed and participated.

He said it was a community fun match to foster peace and unity among residents of East Legon, especially the youth who are the future leaders.

“We have decided to make it an annual affair and hope the next edition would be bigger,” he said.

The winners and losers enjoyed themselves before during and after the match, and it was a nice opportunity for some people who had come from abroad to watch the game.

Some of the personalities who laced their boots and donned the jerseys were Makqash Abrantie, Laryea, Kankam, Ankama, Sika, Cudjoe, Kaka, Manuel, Burger and Kweku Randolf.