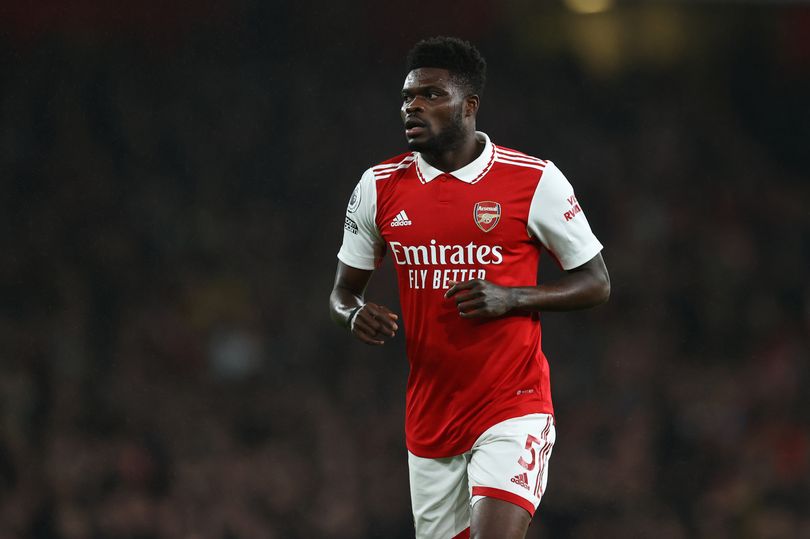 Partey has enjoyed an excellent season at the Emirates Stadium, featuring 14 times for the Gunners, who currently sit top of the Premier League standings, five points clear of second-placed City.

The two title rivals are yet to face each other yet this season, although they will do battle twice in the next month, playing at the Etihad in the fourth round of the FA Cup in late January before Arsenal welcome the Citizens to north London in the league midway through February.

Now, City manager Guardiola has spoken about the Ghana international in the same breath as the likes of Rodri, Casemiro and Fabinho – high praise indeed considering the trio’s impressive footballing CV.

Speaking about Rodri ahead of the Manchester derby, Guardiola told BT Sport: “Like Casemiro and Manchester United or Thomas Partey at Arsenal, Fabinho and the other ones, he is key.

“He helps the players behind him and just sees everything, with or without the ball he is so important.”

In the league, Partey has averaged 5.57 progressive passes per 90 minutes – ranking him in the 91st percentile of midfielders in Europe’s top five leagues (fbref).

Comparatively, Fabinho, Rodri and Casemiro have averaged 3.67, 5.74 and 4.77 respectively.

“Any defence is only as good as the protection from in front and my player of the season so far is Thomas Partey, because he’s been out of this world,” Adams told The Sun.

“He’s Patrick Vieira and Manu Petit rolled into one and I’m loath to bring attention to how well he’s playing because I feel Arsenal have been getting away with it.

“If you don’t put someone on him, he will dictate the game because he breaks things up for fun and gets the whole team playing. Having Partey playing every week after all his injury problems has released Martin Odegaard and means we don’t have that crazy thing with Granit Xhaka trying to drop in at left-back to provide cover any more.”